From the Polish law perspective, clearance of a joint venture establishment is different as compared to the EU law perspective. In this article we shine light on these key differences.

The most important difference is that if the relevant turnover thresholds are met, and the transaction may have an impact on Polish market (even if the joint venture in question is not to be registered in Poland), such a joint venture should be cleared in Poland - regardless if it is a full-function one. Additionally, the Polish law differentiates between a joint venture and a joint control over an undertaking.

The Polish merger control legislation, contained in the Act on Competition and Consumer Protection of 2007 ("Polish Competition Law") generally works by the same principles as the EU Merger Control Regulation ("EUMCR"), albeit in a national context. With the caveat that the Polish Competition Law, as other national regimes in the EU countries, is dis-applied when a relevant transaction crosses the EUMCR thresholds. However, there are considerable differences between how the Polish Competition Law handles certain joint venture models and this can have some potentially surprising consequences.

The Polish Competition Law, on the other hand, does not distinguish between a full-function and a non full-function joint venture. The relevant turnover thresholds for a mandatory notification to the Polish Competition Authority are that, in the previous financial year, the combined aggregate worldwide turnover of all parties exceeds €1 billion, or the combined aggregate turnover in Poland exceeds €50m, unless none of the joint venture partners (and their respective groups) had the turnover in Poland exceeding €10m in any of the two most recent financial years. This means that a joint venture meeting these tests is subject to a mandatory Polish Competition Authority review. Whether or not it will be performing on a lasting basis all the functions of an autonomous economic entity. Thus, a joint venture created only for the purpose of servicing or supplying its partners, or which is not expected to act as an individual market player, could still qualify. Similarly, a joint venture which is established only for a short-term aim (such as collaborative participation in a public tender), or a joint venture which is unable to act autonomously from its parents can still be eligible.

Such approach has been confirmed in 2015 in the guidelines published by the Polish Competition Authority, the President of the Competition and Consumer Protection Office, and numerous clearance decisions issued by it. Quite recently, against a background of the Polish renewable energy regulations, several joint ventures have been cleared to facilitate joint bids for permits required to launch green energy production facilities. The affirmative decisions have typically been issued quickly and without need for Phase 2 reviews, which means that they are not seen by the authority as difficult or potentially restricting competition. However, the key jurisdictional point remains: such clearances are required by the law; given that the obligation to notify and obtain clearance is mandatory when the turnover thresholds are crossed. The consequence of not complying is a fine imposed on the parties required to seek the clearance in the amount of up to 10% of their annual turnover. Another, although uncommon, remedy is the dismantling of the joint venture, but only if the competition in the market is not capable of being restored in any other manner.

It is worth noting that joint ventures undertaken outside Poland may also fall under the requirement to be appraised by the Polish authority. If a joint venture is to bring about effects in Poland, and crosses the relevant Polish jurisdictional thresholds, it needs to be cleared in Poland. Regardless of whether any additional clearance is needed in other countries, unless jurisdiction has been ceded by operation of the EUMCR. This means that a joint venture elsewhere in the EU may escape national filing requirements in other countries, but be caught by the Polish Competition Law. The cause may be that the parties have sufficient Polish activities but also since the Polish law has a different appreciation of what a joint venture is. Similarly, a joint venture between parties that are big enough to need an EUMCR filing, ordinarily might escape the mandatory filing because the joint venture is not full-function. Yet, such joint venture still requires a filing in Poland because of the different joint ventures governing laws. It may even be theoretically possible that a joint venture first established and cleared in Poland, while falling short of full functionality by the EUMCR, may become full-function at a later stage following a reorganisation - thus requiring clearance as per the EUMCR.

In summary, Polish and foreign entities intending to create joint ventures, whether for the satisfaction of their own supply needs or for becoming a full-function and autonomous market player, should bear in mind Polish merger control. Be it whenever the parties have material Polish activities even if the joint venture is not to be incorporated in Poland. Key consideration is that certain types of joint ventures that would normally be dismissed as not requiring merger control, due to the nature of the cooperation being insufficiently deep, must still be looked at with regard to Polish regime, and if necessary cleared prior to being established. 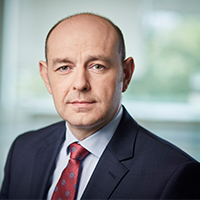