The UK and Australia have reached a full agreement on a free trade deal. The article offers a deeper dive into the policy, stakes and mechanics of the wide-ranging agreement and explains the benefits and protections available to domestic interests.

The UK and Australia have concluded their negotiations and on 17 December 2021 have signed a historical free-trade agreement. It is the first deal born "from scratch" as part of the UK Government's new Global Britain and trade diversification agenda. The agreed text still needs to undergo political scrutiny and ratifications in the national parliaments but in terms of technical details this is now concluded.

This news has come just under six months after the June 2021political agreement "in principle" on the broad terms of free trade between the UK and Australia, and only two months after a similar broad political agreement with New Zealand in October 2021. Such a speed of concluding free trade deals is normally possible only where there is strong cultural and economic convergence and common interest, as well as genuine political impetus on both sides.

It should be remembered in this context that bilateral free trade deals are about securing preferential market access to the exporters from each country to the other's respective home markets. Such preferential access normally takes the form of reduced or zero tariffs on goods exported from one party to the other, i.e. reduced from the standard tariffs which each country maintains as the default tariffs to be charged on different types of goods in the absence of a preferential arrangement. The standard or default tariffs are also often called the WTO Most Favoured Nation (MFN) tariffs. A bilateral preferential trade agreement allows the parties to diverge from MFN tariffs. This is how the EU/UK Trade & Cooperation Agreement (concluded nearly one year ago on Christmas Eve 2020) works. Free trade agreements are not solely about market access for goods however, and there are normally extensive provisions to cover services, mutual recognition of qualifications and travel and work permits for respective nationals.

Main takeaways from the UK-Australia deal

Various reactions from observers and stakeholders have followed the news. UK automotive producers, prospective procurement bidders and service providers are expressing support. The agriculture and food sectors are concerned about possible surges in cheaper imports. UK farmers fear they could be negatively affected by Australia's lower-cost agricultural exports such as for lamb, beef and dairy. The core concern is normally a fear of unfair competition occasioned by imported goods that are lower priced on account of lower costs of production, particularly if lower cost results from less stringent regulation.

However, free trade agreements like this do not come without protections built in to prevent undue disruptions. Such protections arise not only from the specific provisions in the deal with Australia, but also from the UK trade new (post-Brexit) trade policy tools, which the UK can now wield itself rather than through the EU. Previously the UK could only negotiate free trade deals through the EU as an entire trade bloc, and similarly could only levy trade defence tools through the EU.

This new deal is a first free-trade agreement negotiated outside the EU network of preferential trade relationships. The EU has no such deal with Australia. Other UK deals post Brexit have been so-called 'continuity' agreements that rolled over existing EU trade deals into UK specific benefits. This means with Australia the UK is getting something it did not enjoy before, i.e. adding positive net benefits rather than merely ensuring that existing benefits are not lost.

The UK now has an established model text for future trade deals with other partners. The UK-Australia agreement also strengthens the UK Government's bid for accession to the Trans-Pacific Partnership (CPTPP), with Australia being a founding member and a political ally of the UK. The CPTPP is one of the world's largest economic unions that covers nearly 14% of global GDP.

Hot topics in the deal

Trade in live animals, sheep meat and beef, sugar and dairy products is a highly sensitive area for the UK agriculture, food processing and food retail industry. Tariff elimination on such sensitive goods is managed through so-called tariff quotas, i.e. by gradually increasing tariff-free quantities (technically termed in-quota volumes) over 5, 8, and 10 year periods. Any imports above the annual tariff-free quantity will be subject to standard tariff rates. Such specific transitional tariff quotas have been agreed for beef and sheep meat (tariff elimination over 10 years, with special product-specific protective safeguard measures possible until the 15th year), sugar (8 years), and dairy products (separate quotas for cheese, butter and non-cheese dairy over 5 years). This is designed to allow economies time to adjust more gradually.

The additional protection of product-specific safeguard measures (i.e. restrictions on imports) could be triggered if import volumes of a sensitive product exceed certain ceilings. This would involve imposing additional tariffs, namely 20% on value on top of any normal tariffs. UK farmers are thus protected in case of serious disturbance to their markets due to increased imports from Australia. Such protection however will be transitional and will expire after 15 years.

Other provisions relating to goods cover trade remedies, such as antidumping and countervailing duties, price undertakings, global safeguards, bilateral safeguards and transitional bilateral safeguards. The agreement confirms the attachment of the parties to the WTO disciplines and the "lesser duty rule" in trade remedies, which is a feature of fair and balanced trade remedy policies. This means that in any anti-dumping or anti-subsidy case, the remedy applied will be the lesser of what is needed to combat the level of dumping or subsidy observed, as against what is needed to address the injury caused to the domestic industry.

UK farmers may seek to complain and invoke UK trade remedy investigations and measures against any unfairly traded product exports from Australia even if their requests for imposition of transitional product-specific safeguards will not meet the relevant trigger conditions, or if product-specific safeguards have expired altogether. For instance, the EU has successfully imposed trade remedies on imports of farmed salmon from Norway over decades, even when Norway and the EU have been involved in one of the most advanced forms of free trade, the European Economic Area, during the entire period of such remedies.

Other agreed rules for goods include customs, trade facilitation, and rules of origin. The deal provides for product-specific rules for what qualifies for the preferential tariff as a product from each party, as well as rules on local content, which enable trade in vehicles and machinery, such as 25% for cars – which benefits the UK's manufacturers. There are also rules on sanitary and phytosanitary measures, animal welfare and anti-microbial resistance, and technical barriers (non-tariff measures). The UK and Australia have also cleared some of their disagreements in the WTO, such as on the splitting of EU's WTO tariff quotas following the UK's exit from the EU, and on lifting objections to the UK's recently submitted WTO (MFN) schedule of tariffs on goods.

For services, the parties have agreed to promote and liberalise access to financial services (including regulatory cooperation between respective supervisory bodies), professional services, including legal services, maritime and port services, express delivery services and telecommunications. Important provisions on services aim to ensure that most UK and Australian service providers will enjoy the best conditions for business (subject to a 'negative list' of exceptions) applicable to both domestic and any foreign preferential service providers.

There are also provisions on facilitating temporary entry for business travel, investment, digital trade, intellectual property, public procurement, and competition. The rules on temporary entry envisage removal of any economic need tests, and allow for wider access over a transitional period. The provisions on investment follow the CPTPP model, and do not provide for investor-State dispute settlement, only State-to-State disputes.

Digital trade or e-commerce provisions are detailed and stringent, including on data protection. Intellectual property provisions include, among classical protection, also special provisions on brand and trademark protection, as well as on reciprocity for geographical indications.

The procurement provisions aim higher than the WTO Agreement on Government Procurement, and provide for further liberalisation in local procurement, while the competition chapter provides for cooperation between the UK's Competition and Markets Authority and its Australian counterparty. State aid and subsidies is not directly included in the competition chapter, implying that trade-distorting subsidies are addressed through trade remedies protection instead, as well as classic WTO mechanisms.

The final chapters of the agreement cover a broad range of horizontal governance and policy issues. Those include SOEs (state-owned enterprises); labour protection and high work standards provisions (aiming to align to the CPTPP). There are also environmental provisions, which confirm the parties' commitments to the Paris Agreement and other multilateral climate agreements. The deal also covers SMEs; best practices in regulation; women empowerment and gender equality; security and general exceptions, including public health, taxation matters and trade safeguards. There are separate provisions on transparency and anti-corruption, a bilateral settlement of disputes, and a precedent-setting provision on innovation cooperation.

The benefits from a free-trade agreement are often not tangible in the short to medium term. However, the free-trade agreement between the UK and Australia already show opportunities for growth in trade in industrial and consumer goods, financial, construction and professional services, skilled workers, innovation, procurement and investment. The certainty the deal brings allows private parties to invest based on reasonable expectations of what the trade barriers will or will not be for the foreseeable future. The deal is likely to boost further competitive UK exports - complete assembled cars, traditional spirits, vessels, machinery and ceramics, while Australia would benefit from UK investment, procurement, joint projects, research and development in innovation, and export of competitive goods benefiting the UK's retail sector. 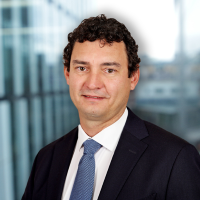