Diversity and Inclusion in the German legal world

Lea Christ, a Dispute Resolution Lawyer based in DWF's Munich office, writes a blog on her personal experience of D&I in the German legal world as a woman, seeking to raise awareness of gender inequality.

Hi everyone, I'm Lea Christ and I'm based in DWF's Munich office and I am a newly qualified Dispute Resolution lawyer and am a member of DWF's Young Professionals Network (YPN).

One of my colleagues Thorsten Kühnel, also based in Germany and a member of the YPN, was recently invited to join a Global Employment Law Diversity and Inclusion Team at DWF. I spoke with Thorsten around his experience of being involved with the group and more generally around the topic of Diversity and Inclusion, something which is very important to DWF. This got my thinking, with International Women's day taking place globally on March 8th as well as Diversity Month coming up, I thought a blog on the topic of D&I within German Legal Practice would be of interest to our Young Professionals Network and its members.

Having myself gone through the German legal education system and qualified as a female lawyer, I have made the observation that both in German legal university education and in legal practice, lawyers make up a rather homogeneous mass. This is in contrast to the German population, which is not only diverse already, but also becomes even more diverse each day. Why is that, you might ask?

It is true that most German universities have some kind of diversity representation nowadays and the topic is discussed – mostly theoretically though - by groups of students. The fact is, however, that there is little actual evidence of this in the lecture halls of law schools. Not only are the students rather moderately diverse, but also the educational content leaves a lot to be desired.  For example, in the training and examination cases that use hypothetical scenarios, it is often the well-off husband and his mistress who deceive the poor housewife[1] or the car thief with an immigrant background that has a criminal investigation hanging him. The law students are taught stereotypes, so to speak, right from the outset.

This observation continues to the end of legal education in Germany and becomes even more prominent. In the legal state examinations, females and those from an ethnic minority background often perform worse on average than white males.[2]  At this point, it should be emphasised that the grades of the state exams are of enormous importance in the German legal recruitment practice. In the oral examinations, however, this difference in performance only applies if there is no woman on the examination board.[3] Sounds pretty awful, right? In any case, the examination board in my own oral examination of the Second State Law Examination consisted of five men and the other examinees were also male. That didn't feel particularly good, I can tell you...

This experience carried over into my legal clerkship and into my part-time jobs. For example, I remember an exit interview after working in a large British law firm. I was asked to fill in a form assessing, among other things, the diversity of the office. Although well-intentioned, the form came from the UK headquarters, of course, where the question could have been answered honestly. Unfortunately, there was hardly any diversity to assess at the German location.

The statistics also support these observations. In 2016, more than two-hundred commercial law firms in Germany were surveyed on the number of their employed lawyers with a migration background[4]. According to sixty-four of them, because the others did not answer the survey and the German Federal Bar Association does not collect data on this, only a marginal 7.7% of employed lawyers fell into this category.[5] Unfortunately, law faculties and the German judiciary do not collect data on this either. However, a strong socio-economic homogeneity is known there and could almost be considered traditional. Judiciaries, faculties and the civil service recruit particularly from the upper middle class and academic households.[6] In Germany, this makes law the discipline with the greatest social homogeneity,[7] and it shows.

The reasons for this are certainly multi-layered, for example, barriers to access education and exclusion mechanisms, both resulting from structural disadvantages.[8] Without in-depth research and data collection, I cannot answer this question here and now. What I would like to achieve with this blog, however, is that we become aware of this problem and of the fact that there is an urgent demand in Germany for more diversity in legal education and practice.

From now on, our colleague Thorsten is waiting in the wings to raise awareness not only in the Employment Law world but also in our DWF Germany team and beyond and bring gender, equality and inclusion issues to the forefront.

If you have any questions or would like to discuss this topic further, please feel free to contact me or Thorsten!
Lea Christ – lea.christ@dwf.law
Thorsten Kühnel – Thorsten.kuehnel@dwf.law

[1] A study by the University of Hamburg examined (gender) stereotypes in legal training casework. In an evaluation of eighty-seven cases, it was found that men appear in them quite predominantly and women less frequently. If women are the subject of a case, they are more likely to be defined by their relationship to a man and are less likely to be employed than the male protagonists. Not only are (gender) role stereotypes served, but the cases do not serve the reality of life in general. Detailed in Valentiner et al., University of Hamburg, Equality Unit, "(Geschlechter)Rollenstereotype in Juristischen Ausbildungsfällen – Eine Hamburgische Studie", September 2017.

[4] By definition of the Federal Statistical Office and of the study, people with a migration background are all persons who have immigrated to Germany since 1950 and their descendants. 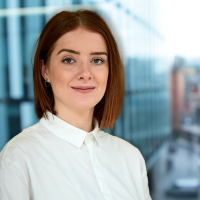 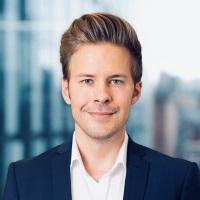