Guidance on annual rents of renewal leases for telecoms sites

The County Court has provided clarification on the valuation structure to be adopted when determining the annual rents of renewal leases relating to electronic communications sites under section 34 of the Landlord and Tenant Act 1954 and has set out useful guidance on a number of other key points that are commonly in dispute.

In January 2022, EE Limited and Hutchison 3G UK Limited ("the Operators") sought to renew their tenancy of an electronic communications site on Pippingford Park Estate, near Tunbridge Wells ("the Estate").  As their existing tenancy was governed by the 1954 Act, their claim for a renewal had to be made through the mechanism available under the 1954 Act, even though any new tenancy would be granted pursuant to the Code (see the Court of Appeal's ruling in (Cornerstone Telecommunications Infrastructure Limited v Ashloch Limited [2021] EWCA Civ 90).

As the Operators' claim for a new tenancy was unopposed by Pippingford Estate Company Limited ("the Site Provider"), the Court was only asked to consider the issues in dispute between the parties concerning the terms of any new tenancy, and the rent payable by the Operators.  Such was the importance and complexity of the rental valuation point in dispute, the hearing took place before Martin Rodger QC, Deputy President of the Upper Tribunal (Lands Chamber), sitting as a judge in the County Court.

The Operators, adopting the structured approach to valuation established by the County Court in Vodafone Limited v Hanover Capital Limited [2020] EW Misc 18 (CC) ('Hanover'), offered a rent of £1,200 per annum.  The Site Provider relied upon market evidence and sought a rent of £12,000 per annum. Upon the parties’ inability to agree terms, the Operators applied to the Court seeking imposition of a new tenancy.

Should a 1954 Act valuation exercise in the case of an electronic communications site take into account the 'no network valuation' principles established by paragraph 24 of the Code?

While the Court acknowledged the importance of settling the contractual terms in dispute before being able to determine the rent payable in exchange for the new tenancy, this issue represents the most important to be decided at the hearing.  The Court seems to have adopted a balancing act in dealing with the respective parties' approach to valuation:

Martin Rodger QC set the rent at £3,500 per annum, broken down as follows:

2. this was uplifted to reflect an annualised equivalent of a capital payment, presented as being a standard offering by operators (on average totalling £15k), and updated to reflect a 5% yield;

3. this calculation resulted in a sum of £3,143, which the Court compared to the market evidence presented at the hearing (ranging from £1,750 to £2,500 per annum), rounded to £3,000 to reflect 'significantly greater than average management time, inconvenience and potential for interference…' at this particular site; and

4. £500 was added as a contribution towards the Site Provider's professional costs.

Are 'incentive' payments relevant to a rental valuation exercise under the 1954 Act?

The Court was presented with evidence that the Operators offered an 'incentive' payment to the Site Provider in addition to rent, upon completion of the Code agreement.  It was relayed to the Court that such a payment, may be annualised as part of the initial rental offering thereby removing any element of 'incentive' for a site provider.

While the Court relied primarily on the particular circumstances of the matter before it, and the evidence produced by the parties, Martin Rodger QC observed that where such an 'incentive' payment is included, the core rent in the market tends to be lower.  As such, the Court found that 'incentive' payments should be taken into account when undertaking a rental valuation exercise under the 1954 Act.

The Operators requested a rolling unconditional break exercisable on not less than 3 months' notice following the fifth anniversary of the term commencement date, whereas the Site Provider was only willing to agree a limited right for the Operators to break after year 5 subject to vacant possession being provided to the Site Provider.  The Court adopted the approach taken in 'Hanover' and imposed an unconditional break right on not less than 3 months' notice expiring on the fifth or subsequent anniversaries of the term commencement date.

The Site Provider proposed the incorporation of a provision enabling it to apply to the Upper Tribunal for compensation, in a manner akin to paragraphs 25 and 84 of the Code.  The Court refused the request, on the grounds that there wasn't any evidence that the market had generally adopted such clause(s) in consensual arrangements and, in line with established 1954 Act practice and case law, no such remedy was available in the existing agreement.

Taking into account the Operators' need to upgrade its apparatus from time to time, the Court ordered unrestricted equipment rights in favour of the Operators, save that they must secure the Site Provider's qualified consent if they wished to increase the height of the mast. This was owing to the specific nature of the Estate as a location for military training exercises, involving low flying helicopters.

Again, in line with established 1954 Act practices and case law, the Court rejected the Operators' desire to modernise the wording of the indemnity, and incorporate a liability cap, ordering that the existing form of indemnity apply to the new agreement.

The key points to take away from this case are:

If you would like to discuss any of the key points raised in this article, please contact Catherine Haslam or Christian Kirk. 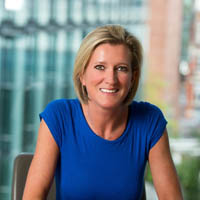