A recent judgment has given the strongest possible indication that low value data breach claims should be dealt with in the County Court and, in all likelihood, under the small claims track.

Mr Justice Nicklin is the judge in charge of the Media and Communications List in the High Court and his recent robust judgment in Cleary v Marston (Holdings) Ltd [2021] EWHC 3809 (QB) ('Cleary') will be welcomed by businesses which have been on the receiving end of what appeared to be a deluge of claims pursued by claimant firms involving legal costs that were completely disproportionate to the value of the underlying claims. It reinforces a direction of travel that we had already detected and adds further weight to arguments that the efforts of claimant lawyers to portray such cases as highly complex and suitable for the High Court should fail.

The judgment from November 2021, which has only recently been published, was given in the context of a Case Management Conference.

The claim related to a letter that was intended for the Claimant but was incorrectly emailed to one of his colleagues.

The Defendant essentially admitted what Nicklin J called "the data breach" but argued that the recipient had not read the document.

The Claimant's solicitors were instructed under a Conditional Fee Agreement ('CFA') that purported to provide for a success fee (although success fees are not recoverable in defamation and privacy claims unless the CFA was entered into before 6 April 2019).  In addition After the Event ('ATE') cover had been taken out at a cost that potentially exceeded the value of the claim.

The Defendant took the view that the incident was the result of an isolated human error, was unlikely to be repeated and had a minimal impact on the Claimant. The Claimant, however, contended that the claim was suitable for the High Court arguing that claims for MPI, BOC and breach of data protection legislation fell within the scope of the Media and Communications List under the Civil Procedure Rules.  They also argued that the County Court did not have jurisdiction to deal with BOC claims and that the highly specialised nature of the claims meant that they should be dealt with by a specialist judge, particularly as this was a developing area of law.  Similar points were made in relation to the claim for a Declaration.

The Claimant's cost budget said that the likely costs of bringing the matter to trial were £46,908.

Nicklin J accepted that the information in Cleary (which is not specified in the judgment) was more sensitive than that in the earlier decision of Johnson v East Light Community Homes Ltd [2021] EWHC 3069 (QB), but nonetheless endorsed many of the comments made by the Judge in that decision.  In particular, Nicklin J confirmed that such claims could only be issued in the Media and Communications List of the High Court if they met the criteria for being a High Court claim and said that:

"..there exists a category of non-defamation media and communications claims that are capable of being brought and fairly tried in the County Court.  Typically, those will be claims where the damages sought are relatively low and the claim does not have any particular complexity….It would be a matter for the District Judge in each case, but there is no reason why straightforward claims cannot be dealt with on the small claims track."

Furthermore, Nicklin J accepted that whilst the County Court did not have original jurisdiction to hear claims for BOC, the High Court could nonetheless transfer a BOC claims to the County Court.  He went on to say:

"Those who are advising Claimants who want to bring data breach claims need to think carefully about the claims that are included.  There can be and often are several overlapping claims; breach of confidence, misuse of private information and breach of data protection legislation.  In many cases, this will simply represent three different ways of characterising what is essentially the same complaint.

In accordance with the overriding objective, and also in the best interests of the client, it is necessary to consider whether a claim in respect of all three causes of action needs to be pursued.  If there is a straightforward claim, for example for a data protection breach, then it may be in the best interests of the client and the simplicity of the litigation to concentrate on only that claim.  In straightforward cases, like this one, there may be no real dispute about the data breach.  If so, little if any substance or real value is likely to be gained by complicating the claim by bringing additional claims for misuse of private information or breach of confidence"

In relation to the claim for a Declaration, Nicklin J held that a Declaration in this type of case would be meaningless and that:

"Declarations are not usually remedies that are sought in claims like this.  There may well be examples in the past of the Court being willing to grant a declaration, but I have yet to have advanced to me a coherent argument why such remedies should be sought or granted by the Court in cases like this….In most other forms of civil litigation, the declaration that a Claimant has been, for want of a better word, "wronged", is provided by the Court's judgment on his/her claim and the Court's order flowing from the judgment……A formal "declaration" supplies nothing more than the Court's decision.  A claim for a declaration in a media and communications claim is unusual and should not be included unless, exceptionally there is a justification for one."

The Claimant's arguments in relation to legal complexity were dismissed.  Whilst Nicklin J accepted that data protection, MPI and BOC were not straightforward areas of law, that was not the same as accepting that every claim would be legally complicated and County Court Judges were capable of wrestling with the issues of law that arose.

Nicklin J said that the facts in Cleary were very straightforward.  The Defendant was not really raising any defence to the fundamental assertion that it should not have disclosed the letter to a third party.  There was a limited factual dispute, the legal issues were not complex and did not require a specialist Judge.  In addition, the claim was of a value that would usually lead to it being allocated to the small claims track and it would require a justification to allocate it to a different track.

Nicklin J rejected the Claimant's argument that the only way of ensuring access to justice for a person like Mr Cleary was to enable him to bring a claim in circumstances where his solicitors were able to recover their costs and the ATE premium. He accepted that if such claims were allocated to the small claims track claimants such as Mr Cleary might be unable to obtain representation and might be unable to obtain ATE insurance, however:

Nicklin J said that this was potentially a good thing for claimants who, unless they were guilty of unreasonable conduct, would not be exposed to the risk of any adverse order for costs.

In response to the Claimant's argument that their costs would be nearly £50,000 (in order to recover £3,000), Nicklin J said that this made no sense and that the best resolution for the Claimant was the small claims track where, if he were successful, the Court would award him fair and just compensation.

This judgment will, we hope, emphatically bring an end to a number of arguments that Claimant lawyers have been running for some time in this arena:

Overall, this case provides the clearest possible support for a number of arguments that we have been putting forward in such claims.  This will hopefully result in routine data protection claims being issued in the small claims track.  The fact that costs cannot be recovered in this track renders these types of claims significantly less attractive for claimant solicitors (and ATE insurers) all of which should be very positive news for those facing such claims and their insurers. 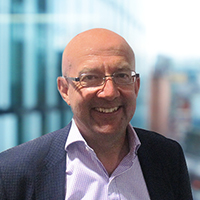