The Integrated Rail Plan for the North and Midlands

This is the largest rail investment and most ambitious Government programme of investment ever made in Britain's railway.

Whilst the new plans have received some criticism for not delivering on the Government's earlier promises of a proposed HS2 line to Leeds, the IRP presents many benefits for the integrated rail network. The IRP will deliver passenger, environmental and economic benefits up to 10 years sooner than under previous plans. Under the original proposals, drawn up 11 years ago, HS2 would not have reached Leeds until the early to mid 2040s. The Secretary of State for Transport has proposed an ambitious integrated plan that focuses on improved outcomes for local, regional and long-distance transport through the full electrification, modernisation and/or upgrade of three existing lines and the delivery of three new high speed lines, as well as improved clearances for rail freight which will support the Government's decarbonisation goals.

The IRP sets out the full details.

Summary of the main IRP benefits for the North and Midlands

In summary, the IRP involves a mix of new high-speed lines and upgrades of existing lines which will see improved journey times, greater operational resilience and increased capacity:

The IRP also confirms that Great British Railways, a new organisation announced by the Government in the recent Williams-Shapps Plan for Rail, will, when established, take lead responsibility for delivering the recommendations of the IRP.

If you have any questions arising out of this article, please contact Rachel Crosier. 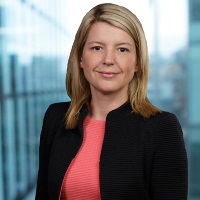