Read the latest update from Richard Birks and Tom Hubbard as they discuss new guidelines on leasehold reform and what they could mean for you.

Weighing in at 2017 pages, the Law Commission has this week published its reports on three aspects of residential, primarily leasehold, ownership, specifically;

While it's fair to say they comprise a selection of drier topics, they fit in to the wider Government agenda of seeking to level the playing field between residential landlords and tenants, which started around 2016 with the expose on indexation of ground rents, leasehold houses and the like. (Google "ground rent scandal" for a refresher on this issue)
Each of the three reports has a summary and fortunately there is also an over-arching review of the three in one helpful paper.

The writer has primarily considered the summaries - hard going, let alone the reports themselves - and the umbrella review, this note is a short highlights reel.

The issues under discussion seem to strike at really what defines a leasehold interest - time limited and control shared with the landlord. The Law Commission has been looking critically at the essence of the landlord and tenant relationship and the aspects of leaseholds that give them a value to the landlord.

The key recommendations are:

The overarching message is to allow enfranchisement widely, at the lowest possible expense and to allow tenants to turn leaseholds into genuine virtual freeholds.

As part of the jigsaw, the reader should also be aware there is a further report (published earlier this year) covering the options for reform of the valuation regime in order to reduce enfranchisement premiums for leaseholders.

RTM is almost a cheaper version of enfranchisement and allows tenants to take over certain obligations – repairs and maintenance primarily – to the exclusion of landlords. Incidentally, managing agents get a particularly rough ride in the papers, the Law Commission's faith in them as a concept seems close to zero!

Again, the Law Commission is consistent with the themes above. The recommendations propose to open the RTM rights wider with relaxed qualifying criteria (including leasehold houses, buildings with up to 50% commercial space, buildings with at least one residential tenant, and also multiple buildings on an estate), and aim to decrease cost and time associated with the process.

Significantly, the previous obligation to pay landlord's costs is recommended to be removed.
Business tenancies are excluded from the proposals, save where a lease permits both residential and non-residential use.

In addition the Law Commission also recommends a simplified notification process, clear rules for management of property, and the right to request information about the subject property.

Set up in 2002 and used in various guises in other jurisdictions, Commonhold was supposed to be the tenure of choice for flats in particular. Since 2002 there have been a grand total of 20 commonhold schemes, so barely one a year. If you have advised on (or even seen one) you are likely to be in the minority!

Commonhold is an ownership structure allowing each owner to own the freehold of a flat, effectively, with management provided by a shared interest company. It is used in other common law jurisdictions, notably in Australia, Canada, and New Zealand and is generally known as strata title.

The Law Commission quotes Professor Nick Hopkins, Law Commissioner as follows:
"Commonhold should not be looked at through the lens of leasehold. Commonhold involves a culture change. It moves away from an "us and them" mindset, towards "us and ourselves"."

Of course the very reason why Commonhold has not been adopted is the income stream and other benefits that leasehold provides to landlords.  The most intriguing question posed then is whether Commonhold should be enforced statutorily, the feeling being for as long as Commonhold is only an (unpopular) option, it's effectively a zombie tenure.

The Law Commission's recommendations for Commonhold are, at the risk of repetition, as above for the other two strands, to make it easier, cheaper and more available and user-friendly with the aim of making it a viable alternative to leasehold ownership for widespread adoption in place of long residential leases.

In particular the Law Commission recommends the abolition to the requirement from unanimity from leaseholders and others with an interest in the subject property, making it easier and cheaper to convert to commonhold, and also recommendations to enable commonhold schemes to be tailored to suit more complex (i.e. mixed use and shared ownership) developments as well as reforms to management and service charge structures.

The report addresses both new Commonholds and the conversion of existing leasehold properties to this tenure. A key and interesting point addressed, is funding and the Law Commission has written an open letter to the funding market, asking them to get involved and engage the concept.  Without full engagement and approval from lenders Commonhold will never truly get off the ground.

All these recommendations now need to be converted to law so the proof of the pudding will be in the legislating (event fees in retirement housing anyone….?).

The writer is not convinced that this is the environment for the Government to set to daggers drawn a sector which is already heavily embattled on various fronts, but stranger things happen and on balance, a likely net vote winner! 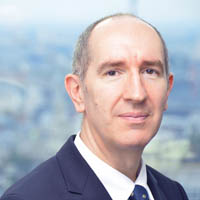