Gurbir Thethy discusses a new approach to recruitment - the blind CV.  Find out what happened when his team in London used the concept to recruit new members.

Here in the CAT PI team at our London office we recently underwent a large recruitment drive – there were five vacancies at paralegal and NQ level. I was invited to take part in the recruitment process. As part of that I suggested that we should have blind CV's – removing any references to name, age, gender, school and university. There would simply be an educational and experience criteria for the purposes of the initial "sift ".

A different approach to recruitment

The idea was embraced by the team and so we engaged with HR on this basis. It was agreed that on this occasion, because of the number of recruits, outside agencies would also be involved in the recruitment process. We held a meeting with the agencies and explained what we were looking for and specifically the approach we were adopting with blind CV's. It would be no good our blinding the CV's if all the potential recruits were white male and public school educated in the first instance.

Upon completing the recruitment process, we now have had four BAME women and one BAME male join us – none of whom went to an Oxbridge or Russell Group University, as might have otherwise have been the case.

It has been reported that increasing gender diversity by just one percent will boost your bottom line by three. In addition, if there is just a one percent rise in race equality, it can increase revenue by nine percent.

Candidates that might not otherwise have thought about applying will have been encouraged to do so. That means that a business increases its pool of possible talent. Having applicants from differing backgrounds will lead to fresh thinking and new ideas – reducing the possibility of group think can only be a good thing. In contrast, widening the hive mind of a team or business should result in better advice to clients and new approaches to problem solving, which after all is what many of us are here to do.

Looking just at skill sets, means that there is a knock on effect within the team and the workforce. Other members of the team felt that they were being supported because people joining the team were being chosen on merit rather than because of where they were educated. That in turn should hopefully lead to a reduction in staff turnover.

Of course there is a question mark as to whether or not blind CV's simply delay the application of bias, whether it be conscious or not.

Whilst the initial sift was blind, what happened when we got to interview stage? Did we simply then apply the unconscious bias that we hadn't with the blind CV's?

I've asked myself that a lot and pondered it. To be honest, I suppose I did have an agenda to encourage the diversity within the team - whether it be gender or BAME. And had we had more white male candidates in the first place, it may very well have been something I needed to confront. And that is certainly a lesson learnt. I haven't yet spoken to the recruitment agencies to see if they perhaps went overboard in their approach and excluded white males in the first instance. This is certainly something to bear in mind when we or any other team adopts this approach in any future recruitment round.

Blind CV's are not in and of themselves the answer to Inclusion & Diversity. They are however an important step in the right direction to creating a more equal, diverse and inclusive business.

Inclusion and Diversity need to become embedded in the business' DNA. The combination of blind CV's, our 5 Star Futures programme and other out-reach projects we should start changing race and gender bias at school age. That in turn will help change career choices, with people that might not otherwise have chosen to join a legal business doing so. 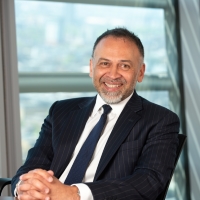 Ready to write your story with us?
Search opportunities