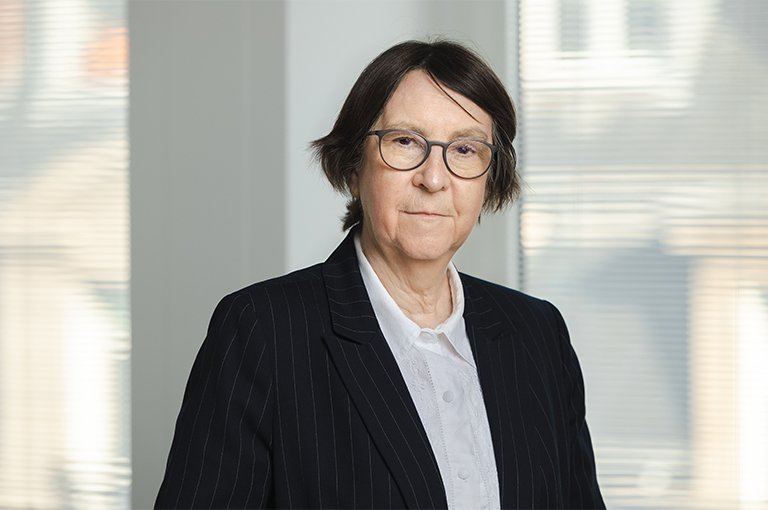 Nicole is a lawyer at the Paris Bar since 1985.

Before starting her private practice, she was at the French "Office National Interprofessionnel des Céréales" (Cereals Authority) where she was in charge of the European Affairs (1972-1978). She was then nominated at the French Permanent Representation to the EC in Brussels, ("Attaché Agricole" from 1978 to 1982) and joined afterwards the Legal Service of the European Commission where she was in charge of Competition Law cases and Sate Aid cases related to France and to competition applied to Agriculture (1982-1985).

Nicole Coutrelis has then been a partner of Coutrelis & Associés, a French Law Firm with Offices in Paris and in Brussels, specializing in EU Law, mainly in Antitrust, Agriculture, Food and Drug regulations, Alcoholic Beverages, Free Movement of Goods and all matters related to the Single European Market.

She specialises in UE Law and, more particularly, Food Law helping clients place products on the EU market, as well as defending them in inspections and, when needed, litigating, in France and before the European Court of Justice in Luxembourg.

She has also a strong practice in Competition Law and in EU State Aid law.

Former President and now Vice-President of the European Food Law Association, she is a Member of the Institute of Food technologists and correspondent for France to the European Food and Feed Law Review (EFFL).  She is the author of many articles and Conferences related to European Law, particularly in Food Law, as well as to EU procedures.