In 2017, the Catalan government became the first in Spain, and one of the first in southern Europe, to pass a climate change law.

“It was a turning point, and an ambitious response to the climate change challenge,” says Marta Subirà, the regional government’s secretary of environment and sustainability.

Measures included a commitment to publishing a carbon budget, something that is proving “very difficult to develop and implement.” A committee of experts currently working on the problem hopes to have results next year. Another ambitious measure is a CO2 tax on motor vehicles, based on their emission levels. The Catalan government worked with the Barcelona Supercomputing Centre to find a solution to a lack of data about pre-2006 cars, and money from the tax is earmarked for two funds: one on climate change and another for biodiversity and natural heritage.

The climate change law approved by the Catalan government is a good example of how public bodies are putting such an important issue in the spotlight.

The law it is expected to set a trend for other governments in the future.

Making public transport greener, implementing measures to reduce the use of private transport, or redesigning production strategies to cut the intensive use of energy are some of the ongoing initiatives, but they can only make a difference with the commitment of the citizens. 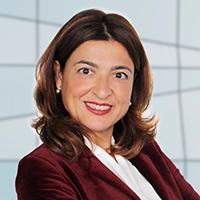