DWF comments on the appointment of the new FCA CEO

Andrew Jacobs, Head of Regulatory Consulting at DWF and Imogen Makin, Head of Financial Services Regulatory Investigations comment on the appointment of Nikhil Rathi as the new CEO of the FCA.

Andrew Jacobs, Head of Regulatory Consulting at DWF, comments on the FCA appointing Nikhil Rathi as its new CEO following the interim leadership of Christopher Woolward. He said:

"Congratulations to Nikhil Rathi for being appointed the new CEO of the FCA today. Rathi comes from a strong pedigree of high profile, systemically important leadership roles and is a solid choice to lead the next chapter of conduct regulation, as the FCA starts to onshore rules and define its sovereign regulatory framework, post Britain leaving the EU. Rathi is also a fine choice to keep diversity at the heart of the FCA and he has already pledged that this will be part of his manifesto, along with driving forward the modernisation of the FCA and keeping the UK at the forefront of financial services."

"Rathi has already reinforced that he will continue to enforce high standards and focus on vulnerable customers; initial indications are, therefore, that little will change in terms of the FCA's focus, for now at least" said Imogen Makin, , of city law firm, DWF. 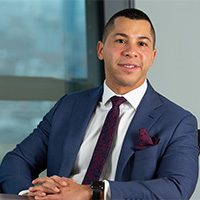