The contract for the largest infrastructure project signed! Construction of the third section of Rail Baltica E75 Czyżew-Białystok is starting.

The contract for the largest infrastructure project signed! Construction of the third section of Rail Baltica E75 Czyżew-Białystok is starting.

On 26 June 2020 the contract for the execution of the third section of Rail Baltica E75 Czyżew-Białystok was signed. Dr Piotr Kunicki, Partner at DWF Poland and head of the Public Procurement Department, was one of the advisors to the winning PUT Intercor/Stecol/Sinohydro Consortium at the tendering stage, which also involved lawyers from other leading law firms. The value of the contract amounts to PLN 3.36 billion and is the highest value procedure among those conducted by PKP Polskie Linie Kolejowe S.A. in recent years.

Earlier in 2017, in a case in which Piotr Kunicki represented PUT Intercor, NAC dismissed the appeal of Torpol S.A. and Budimex S.A., awarding the company the contract for the execution of the Rail Baltica E75 Sadowne - Czyżew section.

In March this year, exactly 3 years after the first verdict, the NAC dismissed two appeals in the contract award procedure for the construction works on the section Czyżew - Białystok, in which the opponents questioned the possibility of PUT Intercor to refer the experience gained during the execution of the previous section of Rail Baltica E75 Sadowne-Czyżew. The third positive judgement was passed in June this year. NAC dismissed the appeal of the CCECC Consortium, ruling that PUT Intercor correctly, thanks to the execution of works on Rail Baltica E75 Sadowne-Czyżew, showed that the conditions for participating in the current proceedings were met, thus concluding that the selection by PKP PLK of our client's offer for the execution of the Czyżew - Bialystok section contract was correct. Thus, the successful outcome that DWF Poland obtained before the NAC 3 years ago turned out to be crucial for the possibility of the PUT Intercor / Stecol / Sinohydro Consortium to obtain the current contract.

The team of lawyers from the Public Procurement Department of DWF Poland has been supporting PUT Intercor for over 12 years, representing the client before the National Appeal Chamber and the courts in numerous cases.

Rail Baltica is part of the trans-European corridor that will link Germany, Poland, Lithuania, Latvia, Estonia and Finland in the future. Thanks to the modernisation conducted, the line will be adapted to the general railway standards in force in European Union countries.

PUT Intercor Sp. z o.o. carries out construction investments throughout the country. It offers comprehensive construction and repairs of, among other things, road and railway viaducts and special facilities. 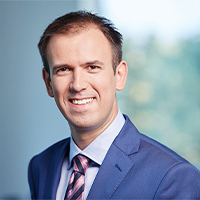