Peter Barnes, Insurance Partner and Head of Automotive at global legal business, DWF, comments on today's SMMT's manufacturing figures for May 2020. He said:

"The impact of Covid-19 has decimated car production with just 5,314 vehicles being built at UK factories in May 2020 compared with 116,035 vehicles for the same month the previous year (a fall in production by 95%). While May's figures represent a slight improvement on April, when the production of all vehicles stopped save for the finishing touches on only 197 luxury cars, the social distancing requirements and consequence of factories remaining closed or running at reduced capacity have still resulted in the worst May since 1946.

With liquidity remaining a major issue for automotive businesses, there has been a warning by the SMMT that up to one in six jobs is at risk of redundancy when the furlough scheme comes to an end in November following a survey of its members this month.

Given that the UK automotive sector is fundamentally stable with a skill set admired globally, the unprecedented vital government assistance which has been provided to keep many businesses afloat needs to go further as has been seen in actions taken by governments in France and Germany in response to their own manufacturing industries. To this end, there remains hope that a car scrappage scheme enticing those with older vehicles back to car showrooms combined with a cut in VAT could make all the difference.

While the world has quite correctly been focused on the impact of the pandemic which has consumed every inch of capability and capacity in the automotive market, the issues which would be created by a hard Brexit in the automotive sector remain extremely real in these unprecedented times. For this reason, the confirmation that the government will turbocharge its negotiations with the EU is welcomed, and it is hoped that the results of such negotiations will secure a comprehensive free trade agreement with the EU that maintains tariff and quota-free trade. In such a scenario, a full recovery is possible within five years resulting in output reaching pre-crisis levels of 1.35million units by 2025.

The automotive sector in the UK has been hit with extreme uncertainty over the last few years as a result of both the withdrawal from the European Union and the global pandemic of COVID-19. However, the sector is truly world-class. It is hoped that, with appropriate support and financing from the government, the figures released today from the SMMT will continue to demonstrate a rise month on month as output levels and demand increases". 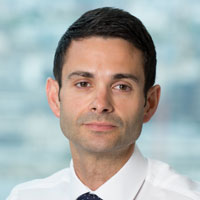