Senior debt for the acquisition was provided by Bank Leumi and the transaction was also part-funded by way of a sale and leaseback arrangement with an institutional investment fund.

Paul Callingham, Managing Director of Starboard Hotels, said: “This is a substantial acquisition for Starboard and an important investment in protecting the future of these hotels and the people who work there. The four hotels fit perfectly within our portfolio and represent a significant investment for our business. Individually, the hotels are in excellent geographic locations and further increase our presence in the UK hotel sector across the country. These are exciting times for the industry and we are on course for continued growth with further acquisitions already in the pipeline for the early part of this year.”

The DWF team was led by Melanie Williams, Real Estate partner and head of DWF's Hospitality sector, who commented: "DWF have worked with Paul and his team on many transactions over the years, and we are pleased to see and support Starboard moving from strength to strength in the market."

The acquisition, which completed in early March this year, increases the Starboard portfolio to 19 hotels with nearly 2000 rooms across brands such as Accor, IHG, Wyndham and Best Western, as well as their own branded hotels. The latest acquisition follows on from Starboard's recent acquisition of the Riverlights Holiday Inn in Derby from Moorfield Group during December last year in which DWF also acted.

DWF's strong hospitality sector practice has advised on a number of high profile transactions recently, advising some of the largest names within the industry. 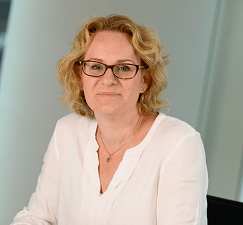