What constitutes proper search and inquiry after a motor vehicle accident?

In the Queensland Supreme Court decision of Ford v Nominal Defendant [2022] QSC 179, the Court considered the issue of whether the plaintiff, who was injured in a motor accident, had made proper inquiry and search to identify the responsible driver.

On 11 March 2019, Mr Trent Ford (Plaintiff) was riding his Australia Post Honda motorcycle inbound along Redland Bay Road in Capalaba in Queensland. He had finished his shift as a postal delivery officer and was returning to the Australia Post Delivery Centre.

At 5:15pm a light truck passed the Plaintiff on his right and then began to enter the lane in front of him. A small piece of timber (50 to 60 cm long and about 3cm square) slid off the tray of the truck and onto the roadway in front of him.

The Plaintiff described the sensation as 'like a bunny hop or when you get double bounced on something. It's sort of that flicking motion that all of a sudden… it's not something that you expected at the time.. it sort of just flicked me up'.

The Plaintiff described the truck as being the kind often used by contractors, white and with no markings or signage on it. He did not attempt to observe the vehicle's number plate and continued to the Australia Post depot. The motorcycle was inspected when he returned to the depot and there was no damage observed.

Did proper search and inquiry take place to identify the motor vehicle?

The Court reinforced that the answer to this question depends on the circumstances of the incident and the severity of the Plaintiff's injuries.

If a person was, for example, picked up by the roadside with a fractured skull and remained unconscious for weeks, that person cannot be denied the application of proper search and inquiry because no one has been active on their behalf in looking for the motor vehicle while they lay in that condition.

But a very different view might be taken in the case of a person suffering a minor injury in comparatively full possession of their physical faculties.

The first time the Plaintiff mentioned that he traversed Sevenoaks Street and another nearby street on many occasions in the months after the incident was during cross-examination. This evidence was not accepted by the Court because the Plaintiff had several opportunities to provide this information to the Nominal Defendant and had not done so earlier.

During cross-examination the Plaintiff was asked if he had the truck in his view for something in the order of 30 seconds, and the Plaintiff said that it would not have been that long saying - 'so at a stretch maybe mid-twenties, low twenty second mark with – with traffic around me at the time'.

Also during cross-examination the Plaintiff was asked if he could have done something to put himself in a position to see the registration number on the truck – to which the Plaintiff agreed.

The Nominal Defendant made two suggestions:

The period the Plaintiff should have taken proper steps was 'before the scent was cold' – in other words - before it might reasonably be expected that the passage of time would have dulled people's recollections.

The Plaintiff did not establish that he conducted proper inquiry and search and the claim was dismissed.

If you are injured in a motor vehicle event (even though at the time of the incident, you do not know the full extent of your injuries) take action in noting the details of the other vehicle/s involved, including the number plate. While the incident is fresh, take steps to attempt to identify the vehicle, which may include placing notices in mail boxes in the surrounding area.

If you require further information or have any queries in relation to this legal update, please contact Meenakashi Jansen.

We would like to acknowledge the contribution of Maria Clemente (Solicitor) to this article. 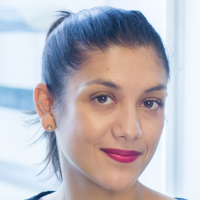