Sovereign Wealth Funds to be subject to more UK tax

The UK government has launched a consultation on proposed changes to sovereign immunity from direct taxation. The Tax team explains what could change.

The current UK Sovereign wealth immunity regime is generous in comparison to its international counterparts, in that it exempts all sovereign persons (Heads of State, governments and state entities such as Sovereign Wealth Funds) from direct UK taxation, emanating from the international doctrine of sovereign immunity – that one state should not bind another to its laws. The proposed changes would restrict sovereign immunity and bring the UK's regime more into line with the US and Australia. Sovereign Wealth Funds (SWFs) are amongst those entities who will be affected.

Currently, the income and gains arising to, and in the sole direct beneficial ownership of, a foreign independent government or Head of foreign independent state (and their spouse) are immune from all direct taxation. This is the case even where that income or gain is the result of commercial activity, rather than related to the discharge of their sovereign duties. The UK is an outlier in not having narrowed the scope of sovereign immunity – until now.

How would this change?

Broadly speaking, the government is looking to restrict sovereign immunity to UK sourced interest income, to the extent that is does not relate to trading activities undertaken in the UK. This would include immunity for UK sourced interest on savings, interest on debt and income from government securities but would exclude income earned through real estate investment and development. The UK doesn’t currently tax overseas investors on UK sourced dividend income so it is proposed that the immunity would not need to refer to that.

For natural persons, the only income which will be exempt will be UK sourced interest income, to the extent that it does not relate to trading activities undertaken in the UK. This includes UK sourced interest on savings, interest on debt, income from government securities, bonds and debentures. Trading profits will be taxed in the same manner as any other non-UK resident. Also, the government proposes to restrict any immunity from direct taxation to the foreign Head of State (i.e. removing their spouse's immunity).

Non-natural persons (e.g. governments and associated bodies such as central banks, SWFs and government pension funds) will generally be treated as non-UK resident companies and liable to Corporation Tax. The consultation stresses that immunity should remain for passive and portfolio-type invetsments and that income from debt and equity investments will be exempt from tax.

The proposed changes are not all negative though – whilst currently the eligibility for sovereign immunity for the constituent territories of a federated state like the US or Switzerland have to be granted on a case-by-case basis, the proposed new legislation would extend eligibility to these constituent territories. The generosity doesn't flow down to municipal authorities, however.

How will it impact those affected?

The government is seeking views on its proposed changes, which would come into force in April 2024, until 12 September 2022.

The changes could make some sovereign persons liable for UK tax (including Capital Gains Tax, Income Tax, Inheritance Tax and Corporation Tax) for the first time. In particular, sovereign entities including SWFs will be subject to tax on trades carried on through a UK permanent establishment, dealing in or developing land and profits from a UK property business. This would include Property Income Dividends arising from interests in Real Estate Investment Trusts (REITs) and Property Authorised Investment Funds (PAIFs), and UK property income arising from interests in transparent for income Collective Investment Vehicles.

Changing the tax treatment of Capital Gains, in particular, could create unfair outcomes, if gains that have accrued before the changes become liable to tax if they are disposed of after April 2024. To counter this, the government is proposing that they could introduce transitional rules to ensure that those affected are not subject to tax on capital gains which have accrued before the changes come into effect. Sovereign persons that are currently considered immune would be able to rebase the cost of their acquisitions for the purposes of Capital Gains Tax to their market value on the date that the new rules come into force.

Further, the government has highlighted that any changes in eligibility for sovereign immunity for institutional investors could have impacts on other existing tax legislation such as that pertaining REITs, Substantial Shareholding Exemptions, Qualifying Asset Holding Company Regime, Long Term Asset Funds, Exempt Unauthorised Unit Trusts and Collective Investment Vehicles. They will carefully consider how each of these regimes operates alongside their proposed reforms.

There will also be jurisdictional implications of the proposed changes: once the UK has moved away from absolute immunity from liability to direct tax, the government believes that it is consistent to allow UK courts to enforce any tax liabilities to which sovereign persons become subject. This also means that existing compliance procedures and rules in place for direct taxes will apply as normal to sovereign persons, including the imposition of interest and penalties where applicable.

SWFs should carefully consider their structures, as these changes may impact their investments in UK real estate. If you would like to discuss how the proposals might affect you, please speak with your usual DWF contact, or one of the UK Tax partners. 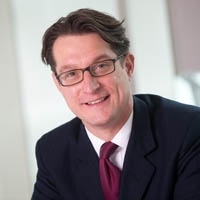