The employment status challenge: Key considerations for employers in Germany

With labour supply a top priority for employers, our employment experts in Germany consider the importance of the distinction between different employment statuses.

When engaging the workforce how does the law distinguish between different categories of employment status?

German law makes a very strict distinction between employees and self-employed persons. The decisive factor is in particular how the contractual relationship is lived and less which regulations are contained in the contract itself.

Nevertheless, civil servants, judges and soldiers are not employees, because they are in a public service relationship established by an administrative act, which is subject to its own rules of public law.

Overall, a variety of criteria must be used to determine whether employment is as an employee or as a self-employed person. In doing so, all criteria that speak for or against a dependency are to be weighted altogether.

Procedure for determining the employment status:

In case of uncertainty regarding the employment status, the status determination procedure in social insurance pursuant to Section 7a of the Fourth Book of the German Social Security Code (SGB IV) enables the parties involved in an employment relationship to obtain clarity about their employment status at an early stage. With this procedure, the parties involved in a contractual relationship can have a legally binding determination made as to whether an insurable employments status exists or not.

What are the different rights and protections for each different employment status?

The shown distinction between an employee and a self-employed person is important, as it has implications for taxation, vacation entitlements, pension contribution payments, insurance issues and intellectual property.

In general, Employment Law is employee protection law. This means, that the numerous protective provisions of the labor law apply only to employees and not to self-employed persons.

Employee rights include, in particular, the following:

What are the current themes with regard to employment status?

Overall, it can be seen that the issue of demarcation between employees and the self-employed becomes particularly relevant in the context of new, modern forms of employment.

Get an insight into the current situation in other jurisdictions from our global legal team. 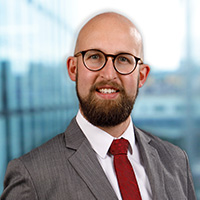