On 1 March 2022 the UK Government set out their transformational plans to reform the UK listing and public fundraising regime post-Brexit.  The proposals are aimed at making the UK an even more attractive forum for companies to carry out an initial public offerings (IPOs) and/or raise money via the public markets and represent a tangible opportunity for the UK to win a larger share of IPOs and fundraisings post-Brexit.

The proposals can be found here.

The UK intends to replace the current statutory regime contained in the UK Prospectus Regulation which applies to companies when carrying out an IPO on a regulated market and/or raising of funds via the public. Instead the Financial Conduct Authority (FCA) will be given enhanced rule-making responsibilities.  Allowing IPOs and public fundraisings to be governed by FCA rules rather than statute will allow the UK listing regime to be more agile and effect changes more quickly to the benefit of both issuers and investors.

As part of these proposals it is envisaged that the FCA will have discretion to determine the instances when an issuer needs to prepare a prospectus.  Whilst it is likely that a prospectus will still be required by the FCA in connection with an IPO on a regulated market, the FCA will be able to determine whether an issuer needs to prepare a prospectus for secondary fundraisings. The new regime will also have a number of new exemptions from the requirement to issue a prospectus which will be able to be utilised by a greater number of issuers when raising money via the public markets.  Being able to raise money without needing to have an FCA-approved prospectus will dramatically reduce the time and costs incurred by issuers who wish to raise funds via the public markets.

These proposed changes, once implemented, clearly show that the UK remains firmly open for business post-Brexit and that investment in the UK by retail investors is actively being encouraged by the UK Government. This should be welcomed by issuers and investors alike.

Please get in touch with John Campion or Jemil Visram or your contact in the DWF Equity Capital Markets Team if you would like to learn more. 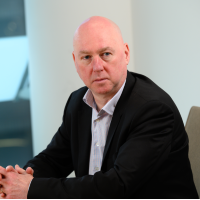