Case Highlight: A stark reminder to cattle farmers and walkers

We review a recent case in which an 82-year-old male was trampled to death by cattle and look at the lessons that can be learned arising from this tragic event.

According to the HSE's annual statistics, it is very rare for a member of the public to be killed by a cow. Between 2015 and 2020 there were 22 deaths linked to cattle but the majority of those were people who worked with cattle and only four were members of the public. Yet the HSE's 2020-2021 annual statistics show that 10 people were killed by cattle and nearly half were members of the public. This might not seem surprising given the number of cattle incidents we now see in national media but is there any reason for the sudden increase when the guidance issued to farmers and walkers has not drastically changed in that time? We suspect that there could be a number of relevant factors: the increase in the number of people using public footpaths to enjoy time and exercise outside as a result of the COVID-19 pandemic, the increase in the number of people who may not be well versed in the Countryside Code using public rights of way or maybe the sudden increase in the ownership of dogs meaning that a number of new dog owners might be exercising their rights and as we know attacks by cattle on members of the public often involved a dog.

One of those deaths of a member of the public included in the 2020-2021 statistics centres was sadly an 82-year-old male who was trampled and killed by cattle. He and his wife were walking their dogs on a public footpath through a field with cattle and young calves. His wife also suffered serious injuries and was taken to hospital. The HSE prosecuted the farmer in question, Christopher Sharpe of J H Sharp and Son, and he was sentenced on 8 February 2022 for committing an offence contrary to section 3(2) of the Health and Safety at Work etc Act 1974. The incident happened at his family farm in May 2020 and the evidence suggested that the walker picked up his dog when approached by the cattle.

Under section 3(2) of the Health and Safety at Work etc Act 1974 a tenant farmer (as a self-employed person in a farming business) who conducts an undertaking of a prescribed description such as agricultural activities including livestock breeding and keeping, owes a duty to ensure, so far as is reasonably practicable, that he and other persons are not exposed to risks to their health or safety.

Based on his assessment of the Health and Safety, Corporate Manslaughter and Food Safety and Hygiene Offences Definitive Guideline District Judge Kitson at Leeds Magistrates Court sentenced Mr Sharpe to a custodial sentence of 12 weeks suspended for one year, a fine of £750 and prosecution costs. A key element of the Judge's decision was his view that a reasonably experienced stockman would have erected warning signs warning members of the public of the presence of cows and calves but the Judge also considered that a reasonably experienced stockman would have considered implementing fencing to keep cattle with calves away from members of the public exercising a right along a public right of way.

Lessons to be learned

As spring approaches and cattle farmers prepare to turn out their herds of cows with calves into the fields again, this case is a timely reminder of what can go wrong. There is guidance issued by the Health and Safety Executive, the National Farmers Union and the Countryside Code to both farmers and members of the public on how to keep themselves and others safe whilst out in fields. We would urge all farmers and walkers to consider that guidance but we will set out the basic principles below as a reminder.

The HSE provides guidance for any farmer keeping cattle (including bulls and newly calved cows) in fields where the public have access and suggest reasonably practicable ways to reduce the risk of harm to members of the public.

The HSE guidance for farmers suggests that consideration should be made to where livestock are kept and, if possible, cattle should be kept in fields that do not have public access especially when they have calves at foot. If there are no suitable alternative pastures however, as often is the case, the HSE suggest that precautions are taken such as:

The HSE state that it is good practice to display signs informing the public when a bull or cows with calves are in the area and that this is something that should be considered by farmers. There are further details in the guidance regarding the location of signs and the type of signs recommend to alert the public to the presence of livestock, these can be sourced for free from the NFU. The above case highlights the importance of having signs to warn members of the public about the presence of cattle and we would suggest that all farmers seriously consider erecting these signs – they are free and it would therefore be extremely hard to persuade a HSE Inspector, or in the worst case scenario a Judge, that it was not a reasonably practicable step to erect signs when there is no cost to the business. If you consider there is no need to erect such signage it may be wise to document the thought process in case the worst happens.

Members of the public also need to be mindful of how they can protect themselves; the Countryside Code provides comprehensive advice for countryside visitors including:

Walkers are advised to always keep dogs on a lead or in sight, especially around livestock and should be aware that it is a legal requirement between 1 March and 31 July to have dogs on a lead on Open Access land, with or without livestock. But importantly, walkers are advised to let dogs off their lead if feeling threatened by livestock or horses. Releasing the dog will make it easier for the walker and the dog to reach safety, as much as dogs are members of the family you should not risk getting hurt protecting your dog! 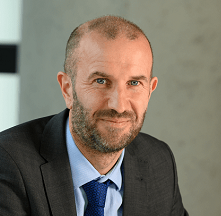