Regulation in sight for the dark stores in France

Following growing protests in France from local communities and city authorities, several cities have decided that dark stores be classified as warehouses, rather than shops, in a move which could see many forced to close. The article focuses on the recent developments before the administrative court in Paris regarding the notion of warehouses. The French government considers issuing a decree after several meetings early September. The new decree will probably be published after the ruling.

Recent developments - dark stores before the Administrative Court of Paris

On 17 June 2022, the Paris City Council gave formal notice by order to Frichti and Gorillaz to return the premises they occupied to their previous use within three months of the date of order. If they failed to do so, after such time, they would incur a penalty of €200 per day. This order relates to an application of the "injunction to restore the premises to their original appearance" of article L. 481-1 of the Town Planning Code, which became law on 27 December 2019. This article creates a new administrative rehabilitation procedure to substitute for the restitution measures pronounced by the criminal judge against the author of a town planning offence.

The City of Paris alleged that the two companies had carried out change of use work on the premises to transform them into storage space. The Paris Local Urban Plan prohibits the establishment of storage facilities in some areas of the city, which justifies the request for the return of the premises.
However, Frichti and Gorillaz brought a case before the Paris Administrative Court to request the cancellation of the order (procedure on the merits) and suspension of the order (summary procedure).

On 5 October 2022, the Paris Administrative Court ordered the suspension of the City of Paris' order because the procedure for giving notice to return the premises was not justified. The Court took on this case to indicate that dark stores are not storage spaces. According to the Court, they are urban logistics spaces, dedicated to the reception of activities linked to the delivery and collection of goods, which can include short-term storage and collection by the recipient; dark stores promote the last mile logic by reducing truck traffic and the number of delivery points.

These urban logistics spaces are authorised by the Paris Local Urban Plan and are part of the category of "constructions or equipment necessary for public services or services of collective interest" ("Constructions ou Installation Nécessaires aux Services Publics ou d'Intérêt Collectif", the "CINASPIC" in French). Consequently, Dark Stores should be authorised by the Paris City Council.

The decision of the Paris Administrative Court is not final. Its only goal is to suspend the order of the City of Paris.  A further ruling on the merits of the Court's decision is awaited. The City of Paris has already indicated that this intermediary decision would be challenged at the Conseil d'Etat, the highest French administrative court, which could be disclosed before the main decision of the first degree Court. 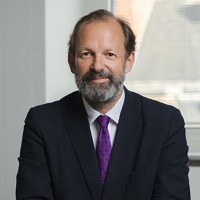