In this article, we provide an update on recent developments; detail which categories of development are now expected to be subject to the statutory requirement; and consider how BNGs may be delivered off site by purchasing credits.

Our previous article on Biodiversity Net Gain (BNG) was a whistle stop tour to the Who, What, Why, When and How of BNG on new developments. In this article, we:

Since that article, the updated Biodiversity Metric 3.0 has been published and details can be found at http://publications.naturalengland.org.uk/publication/6049804846366720.

This Metric can be used or specified by any development project, consenting body or landowner that needs to calculate biodiversity losses and gains for terrestrial and/or intertidal habitats.

User guides for Biodiversity Metric 3.0 have been provided by Natural England, together with habitat condition assessment sheets with instructions. Instructions are provided in respect of:

Also included is a detailed description of Biodiversity metric 3.0, which provides information on the components of biodiversity quality, dealing with risk and biodiversity change scenarios.

Natural England will also be publishing a series of case studies demonstrating the Metric's application in different development scenarios. The first batch should be available for download shortly (from the link provided above).

A simplified Small Sites Metric has also been developed, which is specifically for use on small development sites.

The Environment Bill (the Bill), first introduced in January 2020, has now been further amended in the House of Lords, and will move on to the Report Stage on 6 September 2021. The Bill is expected to be enshrined into law in 2023.

As previously explained, the Bill proposes to amend the Town and Country Planning Act 1990 by inserting a new Schedule which will provide that grants of planning permission in England will be subject to a condition to secure a biodiversity gain of 10%.

Exceptions to this provision will be set out in secondary legislation and are likely to include permitted development, householder applications, residential self-builds and brownfield sites. The Bill currently provides that there will be exceptions where the development is granted by a development order or if it is urgent Crown development.

It is now proposed that the Bill will amend the Planning Act 2008 by inserting a new Schedule requiring the creation of a biodiversity gain statement (BGS) for NSIPs. The BGS will be deemed to be part of the national policy statement supporting each development consent application and the Secretary of State will have to be satisfied that the biodiversity gain objective contained in the BGS is met by the proposed development.

Many development sites, particularly given the national policy drive to focus development on brownfield sites or in and around existing urban settlement will not yield the prospect of "onsite" delivery of BNG in many cases.  This has led to a provision within the Bill where developers will be able to purchase BNG credits (as opposed to delivering the BNG themselves) in order to meet the BNG objective imposed on a planning permission.

The detail of any such system will be set out secondary legislation and is expected to include the detail of applications to purchase credits; the amount payable in respect of a credit of a given value; proof of purchase; and reimbursement for credits relating to development not carried out.

It is set out, in the Bill, that the Secretary of State, when determining the amount payable for credits, must have regard to the need to determine an amount that does not discourage the registration of land in the biodiversity gain sites register.

As presently proposed. the money received from the purchase of BNG credits would only be capable of being used for the following purposes:

There is uncertainty about the future price for each unit of BNG credit, with the estimated cost varying from £12,000 to £50,000.  However, it is expected the figure should be clarified by 2022 with the BNG site register and statutory credits sales platform going live in spring 2023.

There is now very clearly the emerging requirement for local planning authorities to identify suitable mitigation sites as part of robust forward planning and to facilitate development by securing sites to deliver the pipeline of BNG required to realise such development.

Presently, we are, in practice, experiencing examples of BNG commitments being secured, either as s106 planning gain commuted sum contributions or the transfer of land local to authorities (or both) to establish and manage BNG sites as part of larger developments.

This might be expected to operate in a similar way to the Nitrate Mitigation scheme that has been a development in recent times in addressing impacts on the Solent in the South of England, which operates principally on the basis of land being set aside from intense farming, under commitments secured as s106 planning obligations. We expect that this trend will continue until such time as a tariff based system may replace such negotiated arrangements under the awaited legislation.

If you are a public body (or private developer) considering how the issues in this article may affect you, please contact a member of our UK public sector team to discuss how we might assist you. 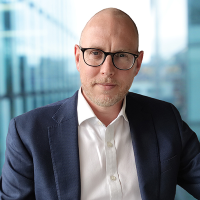