DWF Success on Appeal regarding the question of prescription – When does the prescription clock start to tick?

Yesterday's Inner House Court of Session judgment in WPH Developments Limited v Young & Gault LLP (2021) CSIH 39 provides welcome guidance regarding the application of the law of prescription in connection with a claim for damages based on allegedly negligent architectural services which caused the Pursuers to build on land they did not own. DWF's Andrew McConnell acted on behalf of the successful Defenders / Appellants in this matter.

In October 2012 the Pursuers, WPH, who were residential property developers, instructed the Defenders, Y&G, to provide architectural services in respect of a development site. This was to include the plotting of the precise location of its boundaries. In 2013 Y&G provided WPH with construction drawings which allegedly incorrectly identified the legal boundaries of the housing plot. WPH subsequently developed the plot on the basis of the drawings and brought an action for damages against Y&G on 21 November 2018.

Y&G (represented by DWF) argued that WPH's claim had prescribed (time-barred) by virtue of Section 6 of the Prescription and Limitation (Scotland) Act 1973 ("the 1973 Act"). Section 6 provides as follows:

"If, after the appropriate date, an obligation to which this section applies has subsisted for a continuous period of five years—

(a)without any relevant claim having been made in relation to the obligation, and

(b)without the subsistence of the obligation having been relevantly acknowledged,

The case therefore proceeded to Debate at Glasgow Sheriff Court before Sheriff Reid. Y&G argued that the loss suffered by WPH occurred before 21 November 2013 (5 years before the raising of the Court proceedings) when it began to develop the plot and thus incurred wasted expenditure. Sheriff Reid subsequently held that WPH's claim had not prescribed. Sheriff Reid ultimately decided that WPH could not have been aware of the occurrence of that loss until around 20 February 2014 when the neighbouring landowner brought the boundary issues to their attention.

DWF continued to act on behalf of Y&G and subsequently prepared their appeal to the Inner House. The Appeal Hearing took place on 2 June 2021 and the Inner House Opinion was issued on 29 July 2021.

Y&G were successful on appeal.  The Inner House held that the Sheriff had erred in understanding the approach to Section 11(3) of the 1973 Act and that  the Sheriff should have applied Section 11(3) in the manner previously described by the Supreme Court in the case of Gordon's Trustees.

Had the Sheriff done so he would have been bound to uphold the submission that WPH's arguments in reliance on Section 11(3) were irrelevant and the claim had prescribed.

"In relation to a case where on the date referred to in subsection (1) above (or, as the case may be, that subsection as modified by subsection (2) above) the creditor was not aware, and could not with reasonable diligence have been aware, that loss, injury or damage caused as aforesaid had occurred, the said subsection (1) shall have effect as if for the reference therein to that date there were substituted a reference to the date when the creditor first became, or could with reasonable diligence have become, so aware."

Section 11(3) of the 1973 Act does not postpone the start of the prescriptive period until such time as a Pursuer is actually or constructively aware that he has suffered detriment in the sense that "something has gone awry" or "made him poorer or disadvantaged". Y&G referred to the judgment of Lord Hodge in the case of Gordon's Trustees.

The judgment handed down by the Supreme Court in the case of Gordon's Trustees was later applied by Lord Doherty in the case of Midlothian Council v Raeburn Drilling & Geotechnical Ltd (2019) SLT 1327. In that case, the Defender provided the Pursuer with advice in relation to the design of a social housing development at Gorebridge. The development site was located above coal strata and former mine workings. The Defender's advice made no provision for a gas defence system. The Pursuer relied on that advice. The houses forming part of the development were subsequently found to be uninhabitable due to the danger to health caused by gas ingress. The entire development had to be demolished and rebuilt. The parties agreed that injuria occurred in 2006, which was when the Defender breached its contract with the Pursuer. Based on Gordon's Trustees, the Outer House found concurrence to have occurred when the Pursuer incurred expenditure in reliance on the Defender's advice. Lord Doherty held that "as a matter of objective fact, and with the benefit of hindsight, the expenditure was wasted and it did fail to achieve its purpose…it was loss, injury or damage." It mattered not that the Pursuer was then unaware that it had sustained loss as a consequence of any wrongdoing on the part of the Defender. It was enough that there was awareness at the time of the events which later formed the basis of the claim that loss had been suffered. On that analysis, the case had prescribed.

Y&G successfully argued that the ratio as set out in Gordon's Trustees should be applied to the current case as was followed by Lord Doherty in the above case of Midlothian Council. Wasted expenditure had been incurred by WPH when they started to construct the development in reliance on the drawings prepared by Y&G. It did not matter that WPH were not aware at that stage the expenditure was effectively loss. Y&G made particular reference to the following passage from Lord Hodge in the case of Gordon's Trustees:

"This approach is harsh on the creditor of the obligation [i.e. the Pursuer] where the creditor had incurred expenditure which turns out to be wasted or fails to achieve its purpose because the circumstances when the prescriptive period begins may not prompt an enquiry into the existence or likelihood of such loss…But if offers certainty, at least with the benefit of hindsight." 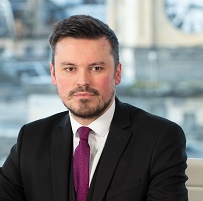