A new regulator? A new regime? Does the Building Safety Bill need to reach new heights (and not just 18m and over)?

The Grenfell Tower tragedy prompted a much needed, long-awaited building safety overhaul, particularly in relation to high rise buildings with multiple occupancy. Intrusive investigations have identified that many buildings are dangerous and combustible, requiring immediate and extensive remedial works to be undertaken.

The Grenfell Tower tragedy prompted a much needed, long-awaited building safety overhaul, particularly in relation to high rise buildings with multiple occupancy. Intrusive investigations have identified that many buildings are dangerous and combustible, requiring immediate and extensive remedial works to be undertaken.

Following Dame Judith Hackitt's review, the Government's response to the cladding crisis has culminated in the Fire Safety Bill 2020 being enacted earlier this year and the Building Safety Bill which was presented to Parliament on 5 July 2021.

One of the changes is the introduction of a new Building Safety Regulator who will be responsible for the safety of "higher risk buildings" (at least 18 metres or with at least 7 storeys and 2 or more residential units). The Bill will provide the Secretary of State with the ability to amend this definition on the basis of advice from the Building Safety Regulator. The Building Safety Regulator's objectives are to secure the safety of people in and around buildings and in its role it will be responsible for all regulatory decisions during the design, construction, occupation and refurbishment of higher risk buildings. As part of the new regime, three "Gateway" points are to be introduced to address safety at design, construction and completion of a higher risk building.

The Building Safety Regulator will work with industry representatives and residents to facilitate the carrying out its functions. For all higher risk buildings, there is a requirement to appoint an Accountable Person(s) and a Building Safety Manager who will have an ongoing duty to take all reasonable steps to prevent building safety risks. Building inspectors will have the power to issue non-compliance notices to property developers who do not comply with building safety standards and failure to rectify non-compliances may result in prosecution. Property developers may also face sanctions, including a maximum penalty of up to two years in prison and an unlimited fine.

In addition, Lord Greenhalgh, Minister of Building Safety, has announced the intention to hire 700 more qualified building inspectors for local boroughs and councils on the higher risk buildings. The question this raises is "where will they come from?". The emphasis will be on a move away from private sector inspectors undertaking building control functions. Query whether the third level education system can increase "output" of qualified and interested graduates to fill this new demand. More generally, the industry will have to adjust to working collaboratively to achieve fire safety from outline design to planning, construction, completion, maintenance and refurbishment rather than developing skills and experience in a more siloed approach to development and construction.

The Bill also include powers to strengthen the regulatory framework for construction products. An enforcement regime will be led by the Office for Product Safety and Standards which will be able to remove products from the market that present safety risks and any businesses that break the rules or compromise public safety, may face punishment by way of prosecution or civil penalties.

Developers will also be required to join and remain members of the New Homes Ombudsman scheme. This will require developers to provide compensation to a homebuyer for some proven losses and any breaches of this requirement may result in additional sanctions against developers.

DWF is currently hosting a series of roundtables with construction industry sectors to address the adequacy of the Government response. A “white paper” of the findings is to be published this summer followed by a headline webinar in September 2021 to coincide with when the Building Safety Bill is likely to become law.

A major feature in the roundtables to date has been the EWS 1 debacle which has resulted in many buildings requiring extensive works to be signed off from a fire safety point of view. The cost of fire safety improvements is being passed on to homeowners and leaseholders with many finding themselves trapped in unsellable homes, which cannot be mortgaged as the building has not obtained EWS1 sign off. The Bill caters for landlords who must take reasonable steps to establish and obtain any available funding for cladding remediation.

Earlier this year, the Government increased the Building Safety Fund for the purpose of removing dangerous claddings (on buildings of 18 metres or higher) to a pot of up to £5 billion. Alongside this is the implementation of a new levy and tax, as part of the new Building Safety Bill, to ensure that the industry itself contributes towards the costs of cladding remedial schemes. For buildings below the height of 18 metres, residents can access a loan to help pay towards the removal of dangerous cladding and they will contribute a maximum of £50 a month. Some of the larger developers have also come forward committing up to  £500 million for such repairs.

Despite such support, major concerns remain due to the slow release of Government funding. Also with its limited application to ACM / non-compliant cladding homeowners and leaseholders still face bills to pay for other fire safety improvements such as fire breaks, balconies, safer doors and sprinkler systems. Most managing agents who administer tower blocks with unsafe cladding are refusing to sign contracts with the Government for the remedial funding since the contracts only cover cladding issues. Their primary concern is that inevitably this may make the managing agents liable for other fire safety defects and consequently, could render such companies insolvent. These ongoing disputes are delaying remedial works being made to make potentially dangerous buildings safe. Ultimately, the continued lack of progress exposes residents to living with such risks for longer. Whilst remedial works are delayed, home owners and leaseholders have paid in the region of £2.2 billion per year for interim safety measures.

A very recent addition to the Building Safety Bill, is an extension of the limitation period to 15 years for parties to legally challenge defective building work. This is more than double the six year time period under the existing law and liability under deeds, will increase by 25% in duration. It will will also negate the limitation position under the Defective Premises Act 1972. Whilst most "Grenfell-style" cladded buildings were built during the period between 2000 – 2017, many buildings may still fall outside of this extended time limit and legal action will be costly, risky and time consuming.

The objective of the Building Safety Bill is to set out a clear pathway for the future of how higher risk buildings should be constructed and maintained and fundamentally, addresses the concern in Dame Hackitt's report to build a safer future. Generally, the Bill seeks to introduce greater industry competence. It imposes competence requirements on the principal designer, principal contractor and architects, among others, to ensure that everyone carrying out design or construction is competent to meet building regulations. Further statutory guidance will be provided on this in the form of an approved document. Additionally, the Bill establishes a new general duty on anyone in the construction industry who carries out work on a building to ensure that the works do not render the dwelling unfit for habitation.

There are concerns, however, that The Building Safety Bill does not go far enough, is overly administrative in nature and will create a two tier safety regime with one set of rule for buildings deemed to be higher risk and another set of rule for other buildings outside of the regime.

To find out more on the issues around the Building Safety Bill, please contact a member of our Real Estate Team.
Authors: Jessica Gates and Chris Wheeler 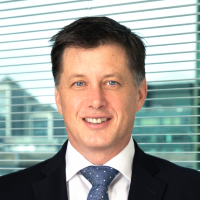