A draft proposal by the Federal Ministry of Labour and Social Affairs dated 14 April 2021 aims to impose further restrictions on the use of fixed-term employment contracts in Germany. The official publication and initiation of the legislative procedure are still pending. If passed, the new rules could significantly change the use of fixed-term contracts in practice. At the end of the article, the central changes are presented in a summary table.

The proposal clarifies the ministry's intention to counter the mass use of fixed-term contracts more aggressively. In light of the upcoming federal elections, it remains open whether and to what extent the draft provisions will hold up in the legislative process. As far as the core content of the proposed rules is preserved, the additional restrictions will significantly affect recruitment practices in many sectors. It also has to be seen to what extent the draft will be adapted - in the current version, for example, the uncertainties as to how long a previous employment is relevant for a prohibition of a fixed-term contract remain. 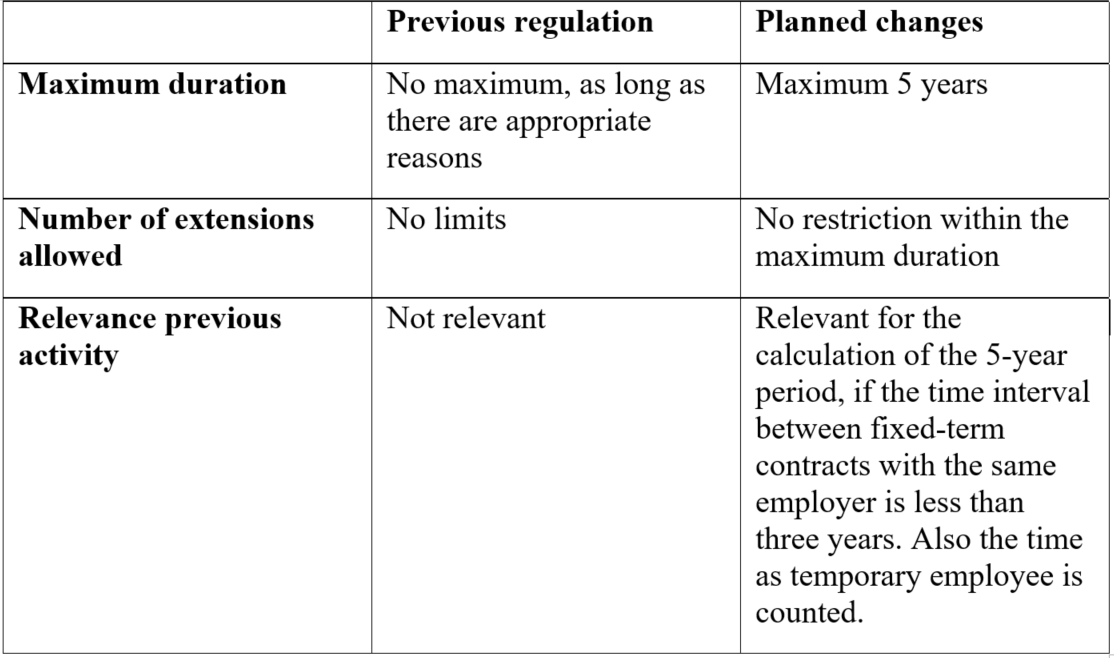 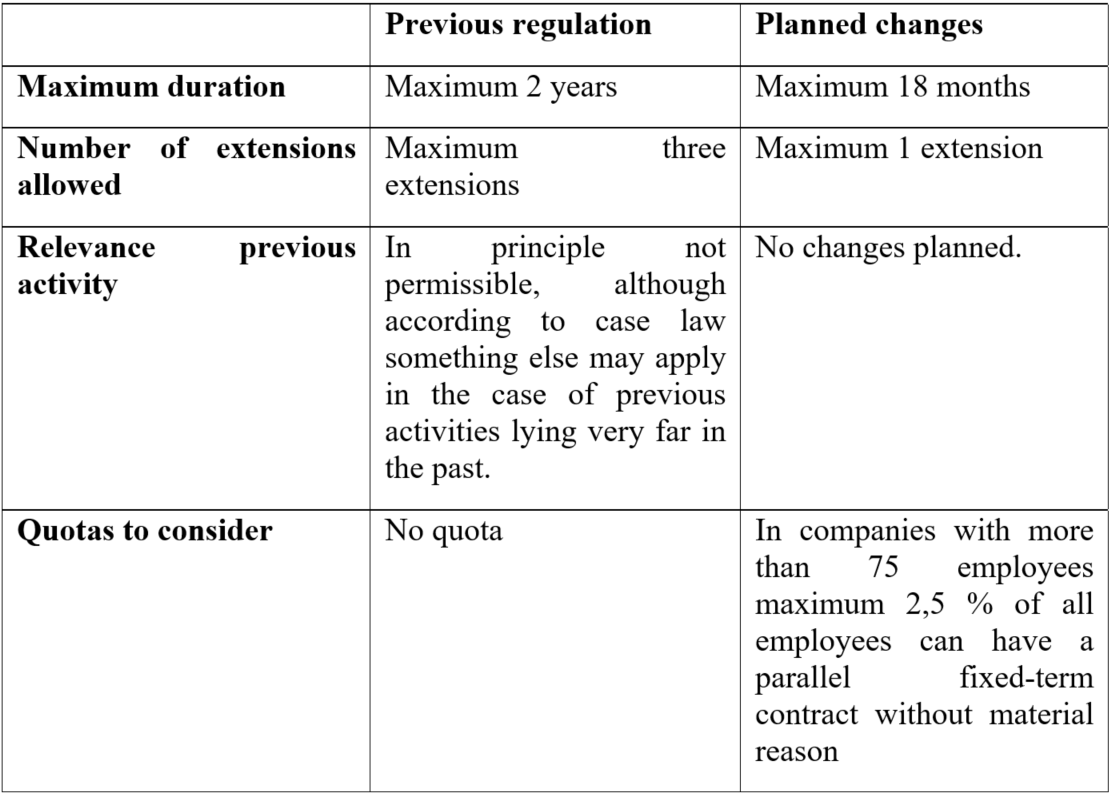 We hope to give you a good overview of the current developments with these explanations. If you have any questions on the above-mentioned topic and on concrete effects and questions of organisation, please do not hesitate to contact our colleagues in our offices in Berlin, Düsseldorf, Munich and Cologne by telephone or e-mail.