The RED II Directive aims at complying with the decarbonization objectives set forth by the European Union. The main purpose of the Decree is (i) the compliance between the national and European objectives under an environmental and energy development perspective and (ii) the achievement of the goals provided for by Piano Nazionale per la Ripresa e Resilienza (PNRR) and Piano Nazionale Integrato per l'Energia e il Clima (PNIEC).

The development of the energy sector constitutes the key point for the achievement of those objectives; the institutional, economic and financial instruments provided for by the Decree are focused on the administrative simplification and the ecological and environmental transition.

The main news and provisions introduced by the Decree are listed below.

a) for power plants with generation costs closer to market competitiveness, through an application to be made directly at the date of entry into operation, subject to compliance with technical and environmental protection requirements;

b) for innovative power plants and power plants with high generation costs, in order to control the costs, the incentive is allocated by way of call for tender, carried out with reference to power contingents (contingenti di potenza) and based on selection criteria for the compliance with technical, environmental and land protection and cost-efficiency requirements.

- the combination between storage systems and renewable sources is highly recommended and promoted;

- the voluntary fractioning of a single economic initative (artato frazionamento), in order to increase the profits and bypass the incentives mechanism is not allowed;

- the development of renewable energy plants following the asbestos removal allows a simplified access to the public incentives;

- measures can be provided to integrate the income resulting from participation in the electricity market, in favour of renewable source plants that continue to be operated at the end of the period of entitlement to incentives, especially with reference to renewable source plants with generation costs linked to fuel supply costs, considering the need to contain costs based on efficiency and, in any case in compliance with a circular economy principle and the state aid rules.

The biomethane regulation, including the access to the public incentives granted by the GSE, was initially provided for by the Ministerial Decree enacted on March 2, 2018. The Decree has amended the previous regulation, introducing the following provisions.

- Public incentives granted by the GSE (Article 11 of the Decree):

(i) it is provided the issuance of specific ministerial decrees aimed at defining the implementation methods of the incentives and at coordinating the application of the incentive regime established by the Ministerial Decree dated March 2, 2018, during the period between December 31, 2022 and June 2026;

(ii) as to the power plants producing electricity from biogas, landfill gas, residual gas from purification processes subject to partial conversion for the production for biomethane that access the incentives, it is provided to verify the compliance with the requirements is based on the quantity and type of materials, as resulting from the authorization.

- Authorization procedure (Article 24 of the Decree):

(i) the so called Procedura Abilitativa Semplificata (PAS) - according to Article 6, Legislative Decree no. 28/2011 - can be applied to the new power plants with a production capacity not exceeding 500 standard cubic meters/hour;

(ii) with reference to the conversion measures to biofuels production of electricity generation plants fed by biogas, landfill gas and residual gases from purification processes (in case of the variations are not substantial), a communication to the competent authority is necessary in order to update the existing authorization and to specify the quantity by weight and type of material to be used exclusively for biomethane production;

(iii) with regard to the aforementioned conversion measures, it has been defined what is considered a "non-substantial change": by means of the introduction of the new Paragraph 1-bis to Article 8-bis, Legislative Decree no. 28/2011, the changes which do not determine any increase of the atmosphere emissions and a plus 25% increase of the power plant area - in terms of used surface - shall be considered as non-substantial. Furthermore, the Decree provides a reduction by half of the procedural deadlines relating to the issuance of a new authorization, in case of non-subsantial changes;

(iv) the biomethane produced from substances classified as waste, ceases to be considered "waste", in accordance with Article 184-ter, Legislative Decree no. 152/2006

3. Suitable areas for the installation of renewable energy plants (Articles 20-22 of the Decree)

(i) any moratoria or suspension of time limits for authorization procedures shall not be imposed;

a) sites where power plants, having the same renewable source, are already installed and where non-substantial variations are carried out;

b) areas deriving from restored sites:

c) quarries and mines that have been closed, not restored, or abandoned or are in a status of environmental degradation.

b) deadlines for authorization procedures for installations of renewable energy plants on suitable areas are reduced by one third.

a) oil and gas platforms and related infrastructure, disused oil platforms and the area two nautical miles away from each platform - subject to the provisions of the national guidelines for the off-shore decommissioning;

b) ports, for wind farms of up to 100 MW installed capacity, subject to a potential variation of the port master plan (piano regolatore portuale), to be adopted within six months from submission of the application.

a) the competent landscape authority shall issue a non-binding mandatory opinion identifying, where necessary, specific prescriptions for the best balance between the safeguard of the landscape and the assets of archaeological interest;

b) the procedural deadlines for granting the authorization are reduced by one third. 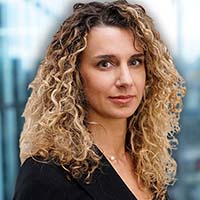