Last week, the Supreme Court handed down an important judgment concerning the qualified one-way costs shifting regime in personal injury litigation under CPR Part 44. The issue in Ho v Adelekun (2021) was whether a defendant could enforce an order for costs by means of offset against the claimant's own costs recovery in the absence of an order for damages to enforce against.

In a judgment said to be principally concerned with the 'mechanics' of the qualified one-way costs shifting (QOCS) regime, but nevertheless referencing the policy imperatives of QOCS, including the perceived inequalities of arms between personal injury claimants and insured defendants, the Supreme Court held that setting off costs against costs is a form of enforcement, and therefore covered by the QOCS provisions just as a set off between costs against damages would be.

Although costs set off was still available as a method of enforcement, at the discretion of the court, it could not avail the defendant of an effective costs recovery when there is no order for damages in the claimant's favour. This would apply not only to those claims where the claimant fails to recover any damages but also to a large number of claims such as Adelekun, where the claimant recovers damages and interest by way of an agreed settlement, but no court order is made.

The QOCS scheme does not prevent costs orders from being made in favour of defendants. However, it does limit the extent to which those costs orders can be enforced. QOCS permits the enforcement of costs orders to the full extent in certain limited and specific circumstances - to discourage dishonest or hopeless claims. In all other cases, the rules permit the enforcement of defendant costs orders 'but only to the extent that the aggregate amount in money terms of such orders does not exceed the aggregate amount in money terms of any orders or damages and interest made in favour of the claimant,' i.e. there is a 'monetary cap' (CPR r. 44.14(1)).

The proper construction of the 'monetary cap ' was the basis of the dispute in Adelekun. In such cases where the aggregate value of orders made in the claimant's favour is 'nil ', could the defendant nevertheless seek to recover at least some of its costs by an alternative route, namely a set-off between costs incurred by a defendant, say in contested detailed assessment and appeal proceedings, against the claimant's recoverable costs of the underlying personal injury claim?

In cases where the defendant is ordered to pay the claimant's damages, and those are substantial, there is unlikely to be any requirement to seek a set off against costs: the general provision under CPR rule 44.14(1) would enable 'enforcement' against those orders, subject to the monetary cap. This option is not available in circumstances where the claimant has recovered nil damages (but may nevertheless have the benefit of a costs order from an earlier part of proceedings, including successful interim applications) or as happens in the vast majority of claims, where the claimant succeeds in a recovery of damages, with a negotiated settlement taking place, e.g. by way of a part 36 offer accepted within the relevant period. In such cases, absent a court order, the claimant's damages would be shielded from the enforcement of a defendant's costs order, as per the earlier Court of Appeal decision in Cartwright v Venduct Engineering Ltd (2018).

The Adelekun matter was a modest value personal injury claim concluded by the claimant's acceptance of a Part 36 settlement offer in the sum of £30,000 plus costs to be assessed. An initial dispute arose between the parties about whether the fixed recoverable costs regime applied. This issue was resolved in the defendant's favour both at first instance and on appeal. In consequence of this dispute, the claimant was ordered to pay the defendant's costs, assessed at £48,600, whereas the claimant's own costs award in connection with her successful personal injury claim were £16,700.

The parties agreed that as the claim had been settled using Part 36, there was no order for damages, and therefore, the agreed damages could not be used as the basis for set-off in accordance with r.44.14(1) (per Cartwright).

In those circumstances, the defendant sought instead to set off the claimant's fixed recoverable costs (£16,700) against part of the far greater order for costs in her favour arising out of the assessment dispute and related appeal (£48,600).

Taking the view that it was bound by an earlier Court of Appeal decision in the matter of Howe v Motor Insurers Bureau (No2), the court held that it did have jurisdiction to order a set off in respect of costs on the grounds that costs set-off was not a type of 'enforcement', and therefore outside the scope of CPR r. 44.14(1). Nevertheless, the court also indicated that there was much force in the claimant's submissions that the general bar against enforcement of any costs orders in excess of damages and interest recovered by the claimant should also preclude a set off in respect of costs orders unless one or other of the specific exceptions to the QOCS regime such as fundamental dishonesty were applicable. It was against this background that the Court of Appeal granted permission for an appeal on the ability to set off costs against costs.

The Supreme Court unanimously allowed the claimant's appeal, rejecting the defendant's argument the monetary cap created by rule 44.14(1) only applied to the net costs liability of a claimant after all opposing costs orders had been 'netted off', enabling the defendant to effectively cancel out the liability for the claimant's fixed costs through a costs set off.

The judgment of the Supreme Court was prefaced by an acknowledgement that the purpose of the QOCS scheme, said to be tolerably clear, was to "rebalance an inherently tilted playing field". However, the Supreme Court also stated that although great emphasis was placed by the parties in the respective submissions upon policy considerations, it was not appropriate for the court to address those; rather, the decision focused upon the proper construction of the rules as presently drafted and ambiguity in the rules "which practitioners need to have sorted out". In any event, the court made its decision in the belief that it would "not affect (the) levelling process to any great degree", particularly in light of the limits already placed upon defendant costs enforcement by the earlier Cartwright decision, and would affect only those cases where there is no order for damages in the claimant's favour and/or the defendants own costs entitlement exceeds the value of the claimant's own costs recovery.

Accordingly, the Supreme Court found that the Court of Appeal was correct to doubt that its previous decision in the matter of Howe was correctly decided that a costs set-off should be treated as a form of enforcement as contemplated by (and therefore subject to) the QOCS provision that CPR rule 44.14.

The jurisdiction to direct a set off of costs – expressly provided for in CPR rule 44.12 - was not displaced by the QOCS scheme, but in practice, such orders will now be far less common; being unavailable as a method of enforcing the full extent of a defendant's costs order where there are no, or only very modest levels of damages and therefore insufficient 'headroom' to enable effective enforcement against the claimant.

In those limited cases where a potential costs recovery is still available, the need for a defendant 'to keep a running account' as the court put it, in money terms of all costs recoveries which it makes (or has the potential to make) against the claimant is now even greater, to avoid a significant short-fall.

The restrictive interpretation of the costs set off rules may lead to well-advised defendants now making greater use of issues-based costs orders, and adopting new strategies to ensure that costs orders in favour of claimants appropriately reflect the real costs consequences of having to respond to, and successfully oppose without merit or otherwise abandoned issues.

In Adelekun, the court's construction of the rules has left the defendant, with the substantial costs order in her favour, nevertheless with a liability for the claimant's full costs of the main action, but in no position to make any recovery of the far greater costs incurred in a protracted assessment and appeal dispute. This appears manifestly unfair, which the Supreme Court acknowledged, albeit in terms that any "apparent" unfairness was part and parcel of the scheme. This would appear to be an unsatisfactory conclusion, particularly when it was acknowledged that the issue would have significant or 'profound' consequences to ensure a fair playing field – for both sides in personal injury litigation, not only the claimant. With this in mind, it remains to be seen whether the Civil Procedure Rules Committee will consider whether this interpretation achieves this aim when taken together with the significant rebalancing which has already taken place in favour of claimants following Cartwright, or if a rule amendment is now necessary. 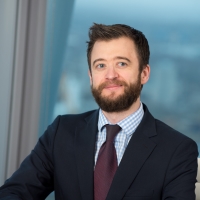