June and July 2020 brought a raft of new legislative requirements for the construction industry in NSW. Defect bond penalties increased, and new requirements were imposed to obtain an occupation certificate.

The residential development market in NSW has received a lot of legislative attention recently with some significant implications for industry participants to consider. The key legislative updates include:

What is the Defect Bond Scheme?

Under the Strata Schemes Management Act 2015 (NSW) (as amended by the Amending Act and Amending Regulation), the defect bond scheme commenced on 1 January 2018 and requires developers of certain residential and mixed-use building projects (which are over three storeys in height) to lodge a bond of 2% of the contract price with NSW Fair Trading ("Defect Bond Scheme"). The intention is to ensure there are funds available to address defective work identified in a final inspection report. The developer must lodge the bond in order to receive an occupation certificate. The scheme generally applies for projects where home warranty insurance is not required.

The Residential Apartment Buildings Act will come into force from 1 September 2020, introducing new requirements for developers to obtain an occupation certificate and providing for greater powers to investigate and enforce. The new legislation also integrates with the regulated design elements of the Practitioners Act due to commence on 1 July 2021.

Key elements of the Act for consideration
Occupation certificates - Developers are required to provide a notice of expected completion of building work for residential apartment buildings to the Secretary at least six months (but no later than 12 months) before applying for an occupation certificate.

It will be an offence under the Residential Apartment Buildings Act if the developer fails to provide the notice of expected completion or an update (where circumstances have changed). Developers risk a maximum penalty of 1,000 penalty units (currently $110,000) for failure to give the notice, and 500 penalty units (currently $55,000) for failure to provide an update.

Developers, builders and designers in particular should ensure they understand the impact of the above legislative updates and seek advice on improvements to their building contracts to manage their compliance more effectively.

If you require further information or have any queries in relation to this legal update, please contact Alex McLeod or Brent Henderson. 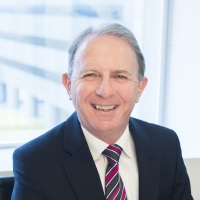