This note considers the effect of COVID-19 on contractual relationships with a focus on force majeure and the doctrine of imprévision (unpredictability) under French law.

The coronavirus (“COVID-19”) outbreak was qualified as a pandemic by the World Health Organisation on 11 March 2020, one party in contractual relationship could face difficulties in performing its contractual obligations.

Under French law, this party would likely raise either the general principle of force majeure or unforeseeability (unpredictability) as an excuse for non-performance of the contract.

With the aim of limiting the economic impacts of COVID-19, the French Minister for Economic Affairs and Finance announced on 28 February 2020 that it will be qualified “as a force majeure case for companies”, as a result “for all public contracts, if there is a delay in delivery by SMEs and companies we [public entities] will not apply penalties".

In spite of the French Government's firm intention to qualify COVID-19 as force majeure, this declaration has not any legal effect with regard to private law contracts and is not binding French Courts.

In contrast with English law, under French law there is a general principle of force majeure, which regime was firstly determined by case law then codified by the reform introduced by the Order of 10 February 2016. In this respect, Article 1218 paragraph 1 of French Civil Code provides:

“There is force majeure in contractual matters when an event beyond the debtor's control, which could not reasonably have been foreseen at the time of conclusion of the contract and the effects of which cannot be avoided by appropriate measures, prevents performance of the obligation by the debtor”.

It results from the above article that to be qualified as force majeure an event has to be:

(i) unforeseeable at the time of the conclusion of the contract,
(ii) irresistible in its occurrence, and
(iii) beyond the debtor’s control.

Each of these conditions is assessed by French Courts on a sovereign basis. For this reason, before taking any action, a party wishing to raise the excuse of force majeure would be prudent to first review its contract with its counsels.

Consequences of a valid claim of force majeure

The effects of force majeure will depend on the period during which the event at cause lasts.

Therefore, when the event causing force majeure (i) is temporary performance of the contractual obligation is suspended until the end of such event, or terminated if the delay justifies such result and when (ii) it is permanent, the contract is terminated by law.

This is not the first epidemic raising the question of force majeure. Even if the magnitude of COVID-19 had not been reached before, French Courts have already dealt with several epidemics notably: Chikungunya (a mosquito-borne viral disease), Influenza H5N1 (bird flu), Ebola virus (transmitted to people from wild animals) and bovine brucellosis (infection of cattle).

Chikungunya occurred in the French overseas department of La Réunion in January 2006. Considering this epidemic, a party refused to perform its contract on the basis of force majeure. However, in this case, the epidemic began before the signature of the contract at cause. Therefore, the Court of Appeal held that force majeure could not be invoked since it was in the reasonable contemplation of the parties (Court of Appeal of Saint-Denis 29 December 2009, no 08/02114).

More recently, the Basse-Terre Court of Appeal held that Chikungunya does not constitute a force majeure case due to the fact that it cannot be considered neither as unforeseeable nor irresistible in its occurrence since this disease is curable with painkillers (Court of Appeal of Basse-Terre 17 December 2018, n°17/00739).

Regarding COVID-19, it will be essential to determine, for new and recent contracts when the parties could have taken it into account: when the epidemic was declared in Wuhan, in Europe, in France or when it was qualified as pandemic by the World Health Organisation on 11 March 2020?

In another case, a party specialised in cattle breeding failed to pay its rents. As an excuse, the debtor invoked a case of force major resulting from influenza H5N1 in vain. Following a scrutiny of the debtor’s turnovers, the Toulouse Court of Appeal held that the impact of the epidemic on the farm results of operations did not establish that it was an insurmountable and irresistible event likely to be qualified as force majeure (Court of Appeal of Toulouse 3 October 2019, no 19/01579).

The Paris Court of Appeal also held the same exact reasoning when a party invoked Ebola virus as force majeure for non-payment of taxes. The Court considered that even if Ebola was a force majeure case, debtor fails to demonstrate a clear causal connection between the event at cause and the non-performance of the contract (Court of Appeal of Paris 17 March 2016, no 15/04263).

On the other hand, French Case law have admitted the qualification of force majeure especially in two different cases.

Firstly, the Agen Court of Appeal considered that the bovine brucellosis meets all conditions to be qualified as force majeure. Indeed, "this disease, which easily exceeds the measures provided for by law, is virulent and highly contagious and can be transmitted by any vector, such as insect bites or human body, and is characterised by an undetectable and unforeseeable latent period" (Court of Appeal of Agen 21 January 1993, no 1993-040559).

Finally, qualifying a gastroenteritis of force majeure, the Aix-en-Provence Court of Appeal held a hotel owner and a travel agency not liable for, notably, the damages suffered by two clients. According to the Court, they could not foresee the extent of the epidemic in the region, even though gastroenteritis is usually a common infection (Court of Appeal of Aix-en-Provence 3 May 2006, no 2006-306944).

In a very recent decision, in an administrative custody matter, the Colmar Court of Appeal expressly held that COVID-19 falls under force majeure qualification. In this case, in the centre where the detainee was, another person had the COVID-19 symptoms. Therefore, the detainee could not appear before the Court. The Court considered these exceptional circumstances as unforeseeable and irresistible (Court of Appeal of Colmar 12 mars 2020, no 20/01098).

This decision was issued in the very specific context of an administrative court decision in relation to the retention of detainees. It remains to be seen which authority it could have in a commercial context.

Prior to this reform, considering the binding character of the contract, French Courts were reluctant to admit any judicial adjustment not stated in the contract (French Supreme Court 6 mars 1876, no 06-03-1876).

This article could be enforceable only in the absence of a contrary provision in the contract at cause. Indeed, the parties could decide to set aside the provisions of Article 1195 intending to bear the possible consequences of circumstances that comprise the economic balance of the contract.

Consequences of a valid claim of unpredictability

Several stages are provided for in Article 1195 of the French Civil Code in order to lead to a solution for both parties.

As a first stage, without discontinuing the performance of its contractual obligations, the debtor in difficulties can approach the other party to request an amicable adjustment of the contract.

In the event the negotiations fail, as a second stage, both parties can either decide to terminate the contract under conditions that they determine, or mutually request to the court to amend their contract.

As a last stage, if the above attempts are unsuccessful within a reasonable time, at the request of a party the court may amend or terminate the contract on the date and on the terms it determines.

Considering the colossal impacts of COVID-19 requiring social distancing and strict isolation, a party would be more comfortable in relying on unpredictability than force majeure. In this case due to the fact that unpredictability has been recently codified, it is uncertain how French Courts will appreciate it.

Alongside the mechanisms of force majeure and unpredictability, companies facing difficulties from COVID-19 should also pay particular attention to the drafting of their contract that may include other solutions such as a hardship clause, price adjustment clause or renegotiation clause.

DWF have experienced litigators and contract lawyers who provide support on a daily basis to its clients on legal issues arising from COVID-19. If you would like to find out more, please contact Romain Dupeyré or Souleymane Simpara. 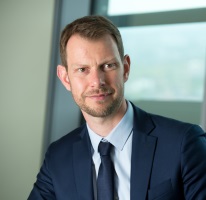