The Council was advised in this matter by DWF's Jonathan Branton and Alexander Rose on State aid and EU issues and Joel Heap and Michelle Maher for litigation. DWF was further assisted by Aidan Robertson QC of Brick Court Chambers.  The case is significant for public bodies engaged in delivering services, but lessons can be learned about how to more quickly dismiss such complaints.

On 25 November 2020, HHJ Keyser QC, granted Durham County Council ‘reverse’ summary judgment, concluding that the claimant, the Durham Company Limited, trading as Max Recycle had "no real prospect of establishing an entitlement to any of the relief sought".

Max Recycle sought remedies including a permanent injunction against a long-term and continuing breach by the council of EU state aid rules and damages.

The Council argued in Court that Max Recycle had not pleaded, and had no real prospect of establishing, a right to recover damages.  Furthermore that there was no real prospect of establishing that the matters complained of constituted unlawful state aid or of succeeding in its claim for declaratory and injunctive relief.  The Council also argued that any alleged breach of the State aid rules would not be sufficiently serious under the EU Francovich principle and therefore could not give rise to a claim for damages.

In finding for the Council, the Court reached the view that if even if there had been a breach, it was not an inexcusable breach for Francovich purposes and so did not give rise to a right to claim damages.  Furthermore, the request for an injunction was rejected as by the time a full trial was heard EU State aid rules would have ceased to apply to the Council and so such relief would be devoid of purpose.  Leave to appeal was dismissed.

The case is significant for public bodies which engage in delivering commercial services.  It shows that State aid claims are still being brought, even with only weeks to go until the end of the Brexit transition period.  It shows bar is set high for State aid damages to arise.  It also underlines for Councils, and in particular Monitoring Officers, the benefit of having separate accounts for public duty and commercial activities which can make it easier to dismiss such challenges, quickly and decisively.

The judgement can be downloaded here.

DWF Law LLP has exceptional experience in State aid and public funding issues, with members of the team having worked within the European Commission, Central Government, Local Government and with private sector bodies on high profile initiatives. We are on hand if it would be useful to discuss the issues raised in this article or any other issue related to public funding. 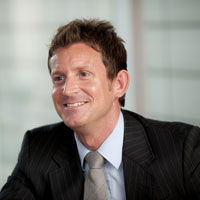