Collective consultation: When is the duty triggered?

In the case of UQ v Marclean Technologies the European Court of Justice (ECJ) has held that when determining whether the threshold for collective redundancy consultation has been triggered, the reference period must be calculated taking into account any period of 30 or 90 consecutive days (90 days in the UK) during which an individual dismissal took place.

According to the ECJ when determining whether the threshold of 20 or more proposed dismissals has been met over the reference period, employers must look both back and forward from the individual dismissal.

The Trade Union and Labour Relations (Consolidation) Act 1992 (TULRCA) implements the Collective Redundancies Directive in the UK. Under section 188 of TULCRA collective consultation must take place "Where an employer is proposing to dismiss as redundant 20 or more employees at one establishment within a period of 90 days or less".

Once the threshold is met employers are faced with a number of statutory obligations, including informing and consulting and notifying the Secretary of State in the Department for Business, Energy and Industrial Strategy (BEIS).  Failure to inform and consult can result in a protective award of up to 90 days' gross pay for each dismissed employee, whilst failure to notify the Secretary of State is a criminal offence.

The Claimant worked for Marclean in Spain and was dismissed on 31 May 2018.  She alleged her dismissal formed part of a series of "covert" collective redundancies as a further 36 people had left the employer between the date of her dismissal and 15 August 2018.  She argued that the correct redundancy procedure had not been followed.

The Spanish court was unsure whether dismissals taking place after the Claimant's should have been taken into account. The Spanish court referred the question to the ECJ asking how under the Collective Redundancies Directive you measure 30/90 days. The court asked should you look 30/90 days forwards from the date of dismissal, backwards or forwards and backwards?

The ECJ held that the relevant reference period under the Directive is the period of 30 or 90 consecutive days which includes that dismissal and which contains the largest number of dismissals effected by the employer for one or more reasons not related to the worker. In effect, employers must look both backwards and forwards from an individual dismissal to decide whether the collective consultation obligations are triggered.

This case highlights a number of problems for employers in the UK particularly when making redundancies in batches. An employer may initially propose five redundancies and subsequently need to make a further 15 redundancies. The first batch would not have by themselves triggered the duty to collectively consult, however if the second batch is proposed in the same 90 day period as the first five the duty to consult over all the proposed redundancies may be triggered. This scenario could put employers in the difficult position of having an obligation to consult collectively about redundancies which may already be underway or may even have been concluded.

Further, the Directive imposes obligations on employers to inform and consult whenever an employer "contemplates" collective redundancies and to notify relevant authorities when collective redundancies are "projected" or "planned".  TULCRA refers to "proposed" redundancies. Arguably, dismissals for redundancy could still be "contemplated" or "proposed" at any time prior to completion of consultation, or even possibly at any time prior to dismissal.

S188(3) of TULCRA states "in determining how many employees an employer is proposing to dismiss as redundant no account shall be taken of employees in respect of whose proposed dismissals consultation has already begun". It has generally been assumed that, although TULCRA is not clear on this, this means collective consultation under TULCRA and not simply individual consultation. Could Marclean mean that s.188 TULRCA does not correctly implement the Directive? The answer is unclear.

As this case was decided during the transitional period, the UK is for now bound by this decision. Post-Brexit we will have to wait and see whether the UK Government chooses to legislate to deal with the difficulties arising out of this decision. In the meantime, employers, employment tribunals and courts may have to grapple with the difficult conundrums it throws up.

For now employers should keep a close track on the numbers of redundancies within a rolling 90 day window and keep any eye on whether the Marclean poses any potential problems.

We understand that the practicalities of this case present real difficulties for employers, if you need any assistance with the issues raised please do not hesitate to contact a member of the UK employment team. 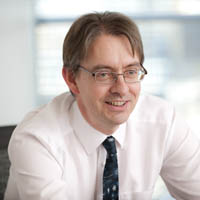