The team were recognised for successfully dealing with the migration of organised fraud due to high compensation awards and for responding to fraud in Scotland by setting up a multi-disciplinary outsourced team, consisting of lawyers, intelligence experts and predictive / profiling analysts. The team's focus is on analysing data and the drivers behind claims and emerging fraud threats.

The team has shaken up the Scottish insurance market through its disruption of fraudsters and by monitoring the Scottish government legislative programme to successfully lobby for regulatory changes. DWF has pioneered the immensely successful 'disrupt to progress' forums where key insurers attend together with other major industry bodies to collaborate and discuss strategies to tackle evolving and emerging frauds.

The Scottish team is part of the DWF National Fraud and Financial Crime Team headed by partner Lorraine Carolan. The national team are based in our UK offices in Birmingham, Manchester, Liverpool, Leeds, London, Northern Ireland and Scotland and an office in Ireland.

In 2020 alone, the team has had significant success winning awards for its work in telematics, market leading route to market services, pop-ups, umbrella entities, rogue rehabilitation and credit hire router. Award wins include:

Additionally, Lorraine Carolan has been recognised as a leading practitioner in the Hall of Fame – Legal 500 and has been proclaimed as one of the most innovative practitioners in Europe by the Financial Times 2020.

Find out more about our fraud services 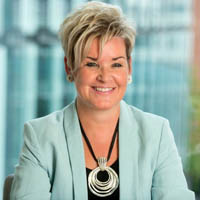