In 2000, PwC ("the Defendant") was instructed by Mr and Mrs Evans ("the Claimants") to advise on the sale of company shares from a trust.

The Claimants wished to avoid paying capital gains tax ("CGT") and so the Defendant advised them to register the trust in a jurisdiction which did not tax capital gains, sell the shares, and then move the trust back to the UK ("the Scheme").

The Scheme was executed in 2001, utilising Canada, and the Claimants were appointed as trustees of the 'new' UK trust.

Subsequently, HMRC opened an enquiry and agreed with the Canada Revenue Agency that the trust was not resident in Canada for tax purposes during 2001 and that the UK could tax the gain realised by the trust on the disposal of the shares.

The Claimants paid tax and interest owed of £3.3 million and, in December 2016, issued negligence proceedings against the Defendant.

The Defendant applied to strike out, or for summary judgment on, the Claimants' claim on the basis that they were statute-barred under the Limitation Act 1980 ("the Act").

The Court found for the Claimants and dismissed the Defendant's application entirely.

In relation to the Claimants' claims for lost interest up to 6 years prior to the issue of proceedings and for wasted professional fees in dealing with HMRC, the Court's reasoning was that it was arguable that the Defendant was under a continuing duty to advise the Claimants to rectify the position until their retainer was terminated in 2011. Therefore, the 6 year primary limitation periods in contract and tort had not expired by the time proceedings were issued on 14 December 2016.

However as far as the claims in tort for these losses were concerned, the Court found it was arguable that the Claimants did not have the requisite knowledge to bring the claims until HMRC concluded their enquiry in March 2014 and therefore it was arguable that the alternative, 3 year secondary limitation period under s14A of the Act had not expired.

In respect of the overall 15 year long-stop limitation period under the Act, the Court held that this arguably did not apply as, arguably, the Defendant was in breach of duty up to the conclusion of the Scheme on 18 December 2001 (i.e. just 4 days under 15 years from the date when proceedings were issued).

This decision evidences the significant difficulties defendants will face in attempting to bring a strike-out and / or summary judgment application on limitation grounds.

However, the ruling on the Defendant's application is not a definitive decision in this case; it remains open for the Defendant to raise the various limitation arguments at Trial. If the claim is not settled beforehand, the Court's judgment at Trial will be further useful precedent regarding limitation.

In respect of the s14A limitation period, the position is less clear cut. The 3 year period will start to run when a claimant has (i) the right to bring an action; (ii) knowledge of the loss alleged to have been suffered; and (iii) knowledge that the loss has been caused by the defendant. Whilst such knowledge is objective, not subjective, it is less likely that this test will be satisfied when HMRC opens an enquiry and arguably it may only be met when the claimant accepts HMRC's decision, when HMRC's decision is affirmed by a court, or when the claimant receives professional advice confirming their exposure to tax.

Whilst a contrary view on s14A knowledge was taken by the High Court in Halsall & Ors v Champion Consulting Ltd & Ors (Rev 1) [2017] EWHC 1079 (QB), i.e. that time for the s14A limitation period started running when the claimants had sufficient information to investigate their potential claim and that HMRC opening an enquiry was sufficient information, this was in the context of the claimants being solicitors who had written to the defendants shortly after receiving notification of a HMRC enquiry to ask the defendants to put their PI insurers on notice.

Careful consideration should therefore be given to the above issues before making an application for strike out / summary judgment on limitation grounds. If the claimant can show an arguable case then it appears such applications are likely to fail and a better approach in such circumstances would be to use such issues as leverage in settlement negotiations and / or raise them at Trial. 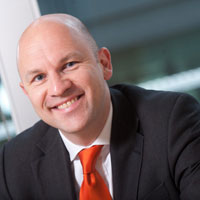