Mears Limited v Costplan Services (South East) Limited and Others [2019] EWCA Civ 502 – the Court of Appeal considers the issue of practical completion for the first time in 50 years.

The case concerns a dispute that arose from the development of two blocks of student accommodation at Notte Street in Plymouth ("the Development").

By mid-2018 Mears had raised a number of issues regarding both work that had not been completed and the quality of the completed works at the Development.  One of the issues identified by Mears was that the rooms within the Development had been built smaller than contractually permitted under the AFL.  Under clause 6.2.1 of the AFL, PNS was prevented from making any variations to the building works which materially affected the size of the rooms and a reduction in size of more than 3% from that stipulated in the relevant contractual drawings was deemed to be material.

On 4 May 2018, Mears served a defects notice under the AFL alleging that 40 of the rooms had been constructed more than 3% smaller than required.  Costplan disagreed with Mears' assessment and, notwithstanding the defects notice, on 16 August 2018 Costplan served notice that they intended to conduct a pre-completion inspection with a view to issuing the certificate of practical completion.  To prevent this, Mears made an application for an interlocutory injunction preventing certification and an expedited trial of the issues was ordered.

The Decision at First Instance

In a judgment dated 7 December 2018, whilst finding that 56 rooms had been constructed in breach of the 3% tolerance range for room size in the AFL, Waksman J rejected Mears' claims for declarations to the effect that the failure to meet the 3% tolerance was a material and substantial breach of the AFL enabling Mears to determine the AFL and that Costplan could not validly certify practical completion.  Waksman J held that Mears' argument was wrong as a matter of construction and whether practical completion could be certified depended on the facts.  Mears appealed to the Court of Appeal.

The Court of Appeal upheld the decision at first instance and dismissed the appeal.  In the leading judgment, Coulson LJ rejected the contention that any failure to meet the 3% tolerance with regards to room size, no matter where or why it occurred or how trivial the departure was, automatically amounted to a material breach of contract.  The failure to stay within the 3% tolerances was a breach of contract but whether any particular departure from a contractual drawing was trifling or otherwise was a matter of fact and degree.  Coulson LJ stated that without any express contractual definition or control, practical completion was a question for the certifier.  As Costplan would have certified practical completion notwithstanding the existence of the rooms outside tolerance the assumption was that they considered the departures from the 3% tolerance to be trifling.  Coulson LJ held that a patent defect that is properly regarded as trifling cannot prevent the certification of practical completion, however, if the defect is considered to be more than trifling it will prevent practical completion, whether or not it is capable of remedy.

The Court of Appeal last considered practical completion in 1969, in the case of Jarvis & Sons Ltd v Westminster Corporation. In that decision, Salmon LJ had suggested that practical completion meant "… completion for all practical purposes, that is to say, for the purpose of allowing the employers to take possession of the works and use them as intended."

In this judgment, Coulson LJ provided a review of some of the key principles derived from the authorities decided subsequent to Jarvis, from both England and Wales and the Commonwealth with regards to practical completion, which can be summarised as follows:

Whilst the above provides a helpful summary of the key principles, the question of whether or not practical completion has been achieved will continue to be assessed on a case by case basis and as such it is likely to continue to be a potential area for construction disputes, and indeed for claims to be advanced against the professional acting as certifier under any construction contract. 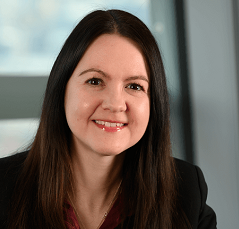