In late 2018, the Financial Conduct Authority (FCA) issued Policy Statement 18/21 confirming its plans to extend access to the Financial Ombudsman Service (FOS) to more SMEs from 1 April 2019 (see DWF Update Oct 2018).  A new category of eligible complainant will be created on that date, namely the "small business", an SME with an annual turnover of under £6.5m and either fewer than 50 employees or an annual balance sheet total of under £5m.

Consultation Paper CP18/31 published in January 2018 had originally proposed to increase the level of the maximum financial award the FOS can make from £150,000 to £600,000. However, Policy Statement 18/21 confirmed that the increase in the financial award limit was to be the subject of further consultation.

The FCA has now confirmed in a new Policy Statement 19/8 released on 8 March 2019 that the FOS award limit will be increased to:

From 1 April 2020 onwards, both award limits will be automatically adjusted each year in line with inflation, as measured by the Consumer Prices Index (CPI). For any complaints referred to the FOS before 1 April 2019, the limit will remain at £150,000.

The FOS provides an independent dispute resolution service between financial businesses and their customers and is free for those making a complaint. The FOS can consider disputes about financial products and services it regulates (‘regulated activities’) and activities that support the delivery of regulated activities. In practice, this includes a number of services that both consumers and SMEs use regularly including, for example, complaints about insurance. The rules for complaints handling are published in the ‘Dispute resolution: complaints’ (DISP) section of the FCA Handbook.

Who do the changes apply to?

The scope of the FOS’ compulsory jurisdiction is being amended to introduce a new category of eligible complainant into DISP called ‘small businesses’ so that these may refer complaints to the FOS from 1 April 2019.  The new eligibility criteria for SMEs will be that they will have to meet the turnover test of less than £6.5m and either have a headcount of fewer than 50 employees or a balance sheet total of less than £5m.

The FOS award limit will be increased to:

From 1 April 2020 onwards, both award limits will be automatically adjusted each year in line with inflation, as measured by the Consumer Prices Index (CPI). For any complaints referred to the FOS before 1 April 2019, the limit will remain at £150,000.

It should however be noted that the transitional provision relating to 2.7.3R(6), which extends the eligibility criteria to small businesses, states that it applies only to a complaint concerning an act or omission which occurs on or after 1 April 2019 (Small Business (Eligible Complainant) Instrument 2018, Annex A, page 6 (see Policy Statement 19/8)).

The FCA is proceeding with future inflation-linked adjustments to FOS award limits for complaints about both pre - and post - 1 April 2019 acts or omissions.

On 1 April each year, for complaints referred to the FOS on or after this date up to and including 31 March in the following year, the award limits are to be adjusted by: (a) applying the percentage increase in CPI between January 2019 and January of that year; and (b) rounding down to the nearest £5,000.

Firms will now need to focus on the changes they will need to have in place on the 1 April 2019. These include: 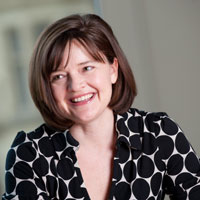