QOCS and fundamental dishonesty: the implications of withholding disclosure in a credit hire claim

"The importance of the claimant giving proper disclosure about his financial circumstances needs to be emphasised. Part of the purpose of a statement of truth is to bring home to [the] party signing the solemn nature of what s/he is doing, and importance of telling the truth"

DWF and QBE have successfully obtained a finding of fundamental dishonesty against a claimant for failing to provide full financial disclosure in a credit hire claim, resulting in the claimant losing his QOCS protection. Carrie Pearson, who acted on behalf of the defendant, explains the findings in Haider v DSM Demolition Ltd (2019) including the additional wins on liability and in recovering costs from the credit hire company.

A claimant who failed to provide full financial disclosure in support of his plea of impecuniosity in a £30,000 credit hire claim has been found to be fundamentally dishonest with QOCS protection set aside. His appeal on liability was also dismissed with the judge finding that, whilst the defendant's driver was travelling close behind the claimant, this was neither negligent nor causative of the accident. It was caused solely as a result of the claimant's negligence by braking and stopping suddenly, when this was unnecessary in the circumstances. As a result, the claimant was ordered to pay indemnity costs, and a third party costs order application was made against the hire company, who agreed to pay the costs without the need for a hearing.

In 2015, the claimant was the driver of a vehicle with three passengers. He pulled out onto a main road behind another vehicle. The defendant's vehicle, driven by an employee, was driving behind both vehicles.

As they approached the junction, the lead vehicle suddenly turned left. The claimant slammed on his brakes, coming to a stop. Unfortunately, the defendant's employee was unable to avoid the collision and hit the claimant in the rear. This resulted in a four-car accident, with another two vehicles behind the defendant's vehicle also being unable to stop – such was the sudden and unexpected nature of the braking.

The claimant and his passengers all pursued (unlitigated) claims for personal injury, which have now been abandoned. The claimant, a taxi driver, also sought to recover damages for vehicle damage, recovery, storage and credit hire. His total claim was over £30,000 plus costs.

It is noteworthy that the defendant's employee noted that the claimant left the scene in his own vehicle (despite claiming his vehicle was recovered from the scene) and drove away from the scene back in the direction from which he had come.

The defendant denied liability, with the employee maintaining that he was travelling at a safe speed and safe distance behind the claimant. He argued that the accident was caused as a result of the sudden, unexpected and unnecessary braking by the claimant in the circumstances, particularly as the lead vehicle had cleared his path. The defendant put to the claimant to proof that this was not a deliberate "slam-on" incident.

During the course of disclosure, the claimant was ordered to provide full financial disclosure in support of his claim for credit hire. He served bank statements to support his plea of impecuniosity, so that he could recover credit hire rates. Upon review of the disclosed financial documentation, it was clear that the claimant held other accounts or credit cards the details of which he had failed to disclose. The claimant responded to Part 18 Questions saying that he did not have any other bank accounts nor did he have any credit cards. However, whilst giving oral evidence at trial it transpired that this was not the case.

The matter proceeded to trial before HHJ Tindal sitting at Birmingham County Court.

In his view, the claim involved a 'straightforward' road traffic accident, rejecting the defendant's case that this was a deliberately staged (induced) accident. However, he went on to find that it was the claimant who was negligent for stopping when it was unnecessary to do so, and that his sudden and unnecessary braking was the cause of the accident.

Whilst the defendant's employee may have been close to the claimant's vehicle at the material time, he was not driving too close or too fast. The judge therefore determined that his driving was not negligent or partially causative of the accident.

The judge dismissed the claimant's claim but, having declined to make any findings in relation to fundamental dishonesty, he did not disapply QOCS.

The claimant appealed against the liability decision, arguing that the judge had failed to give adequate reasons or adequate weight to the evidence. His case, relying on Ali v D'Brass [2011] EWCA Civ 1594, was that liability ought to have been apportioned between the claimant and defendant.

The defendant cross-appealed, arguing that the judge had been wrong in failing to make a finding of fundamental dishonesty in relation to a number of matters both in relation to the accident circumstances and quantum. The key submission though was that the judge should have found the claimant to have been fundamentally dishonest because of his failure to provide full financial disclosure.

The defendant contended that either the claim should remain dismissed with QOCS protection set aside in accordance with CPR r.44.16, or, should the claimant's appeal on liability succeed, section 57 Criminal Justice and Courts Act 2015 should apply such that the claimant's entire claim should be dismissed in any event.

The first instance decision on liability was not flawed. The judge was entitled to find that the claimant had not proved that the combination of speed and distance at which the defendant was travelling at the point of collision was not such as to make him negligent, notwithstanding that he could not stop in time.

The judge at first instance had found that whilst there had 'not been particularly good disclosure', none of it had given him the impression that the claimant had been dishonest.

According to Knowles J "this conclusion was not reasonably open to the judge.It was plainly dishonest for the claimant not to have disclosed his credit cards or his second bank account and the accompanying documentation." He went further by stating "This was not simply a case where there had just been 'not particularly good' disclosure by the claimant. He deliberately failed to disclose highly material evidence. … The only possible reasonable inference from the evidence was that the claimant intentionally failed to make full disclosure, and that failure can only be labelled as dishonest."

Finally, on the question of whether the dishonesty was 'fundamental' he said, "in my judgment it was. The dishonesty in question did not relate to some collateral matter, but went to the root of a substantial part of the claim. The claim for credit hire charges (and associated losses) exceeded £30,000. The importance of the claimant giving proper disclosure about his financial circumstances needs to be emphasised. Part of the purpose of a statement of truth is to bring home to party signing the solemn nature of what s/he is doing, and importance of telling the truth. To knowingly give a false statement of truth is a contempt of court: CPR r.17.6(1). Moreover … the County Court cannot carry out an assessment of the issue of impecuniosity when a litigant fails to give full financial disclosure. By doing as he did, the claimant prevented the defendant from carrying out a proper investigation into his claimed impecuniosity. This skewed and distorted the presentation of his claim in a way that can only be termed fundamentally dishonest."

Knowles J ordered the claimant to pay the defendant's costs, with permission to enforce in accordance with CPR r.44.16. Those costs were assessed on an indemnity basis.

The defendant, knowing that the chance of the claimant being able to pay costs was minimal, applied for a non-party costs order against the credit hire company. It was never alleged that the hire company was a party to the suspected fraud, nor was there any allegation of wrongdoing on their part. However, CPR r.44.16 (in conjunction with CPR r.46.2) provides for non-party costs orders against third parties in certain circumstances. With that in mind the defendant's application averred that:

The application did not proceed to a hearing, as the credit hire company agreed to pay costs without the need for a judicial determination.

In summary, this case shows that each case on liability needs to be assessed on its own merits, and even where a defendant travels close to the vehicle in front, or even too close at certain points in a journey, it does not automatically render them liable for an accident.

More importantly, the issue of disclosure is key. Intentionally failing to make full disclosure in accordance with the disclosure obligations under the CPR is dishonest and, subject to the nature of that disclosure, could be fundamental. Clearly failing to provide all bank statements in a credit hire claim is an example of failing to provide adequate disclosure. The subsequent denial of the existence of additional financial documentation within Part 18 Responses was further evidence of dishonesty. Such dishonesty is fundamental, especially in relation to a significant credit hire claim, such that 'fundamental dishonesty' whether in relation to CPR r.44.16 or, possibly, section 57 Criminal Justice and Courts Act 2015 could apply.

For further information, please contact Carrie Pearson, Senior Associate on 0113 261 6537 or at carrie.pearson@dwf.law 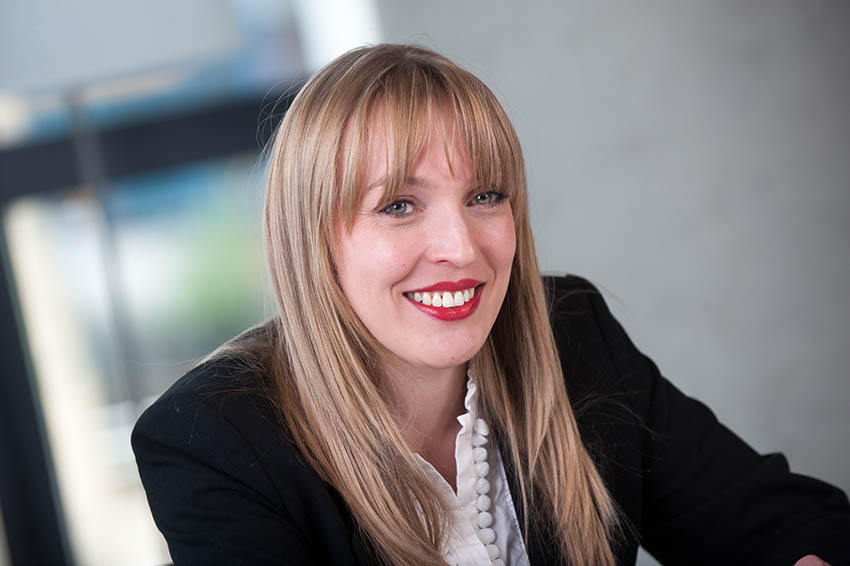