Court finds that the reasonably prudent driver does not have an independent duty to look after the claimant's welfare.

Catherine Kober, Director together with Katie Lacey of DWF's London Office and Marcus Dignum of 12 Kings Bench Walk Chambers acted for the defendant and his motor insurers Markerstudy in a case that came before the High Court in Manchester earlier this year.

The judgment of HHJ Platts provides helpful guidance on the extent to which a driver is expected to be responsible for the actions and/or safety of his passengers when driving a motor vehicle.

The claim arose out of a road traffic accident that occurred at approximately midnight between 6 and 7 August 2016. The claimant, a front seat passenger, suffered a serious head injury when he fell from the defendant's moving motor car whilst it was travelling along a suburban road in Nelson, Lancashire.

The accident happened about 10-15 minutes in to the journey home. The judge found the series of events surrounding the accident took place whilst the pair were travelling along Halifax Road and lasted approximately 21.4 seconds. It was over this period that the claimant alleged his behaviour as a passenger developed to such an extent that there was a duty on the defendant to do something about this, and take action in order to avoid what happened next.

Whilst the vehicle was moving, although the defendant was unable to recall accurately, it appeared that the claimant had undone his seatbelt, lifted himself up in to the window either to sit on the windowsill or lean out, had lost his grip and had fallen out of the window.

The claimant's case was that the defendant ought to have stopped his vehicle, or at least slowed it down during this sequence of events, in order to prevent the claimant's actions. It was put forward that his failure to do so amounted to negligence and that his driving had fallen below the standard of a reasonably prudent and competent motorist.

Do drivers really have a duty to protect passengers against their own actions?

The judge disagreed. He found that what the claimant did in climbing up onto the seat was an impulsive and spontaneous act. The claimant's manoeuvre was all done in one movement which happened quickly, and the judge was satisfied "that there was nothing before that movement that could have alerted the defendant as to what the claimant was going to do even taking into account his state of inebriation."

Whilst the judge agreed that the defendant was expected to drive in the manner of a reasonably prudent and competent motorist, in the circumstances this duty did not extend to his passenger and he did not consider that there was any independent duty on the defendant to look after the claimant's welfare.

Although it was accepted by the judge that the defendant may initially have been travelling faster than the 30 mph speed limit, and that the vehicle could have been brought to a halt before the claimant was ejected from the vehicle, he found that these facts were not relevant in deciding the central issue as to what the duty of the defendant was:

"…the reality is that the defendant was reacting to an unusual, unforeseen and unforeseeable event. In my judgment the last thing any reasonably prudent competent driver would expect is for one of his own passengers to get out of the passenger side window, even in drunken high spirits."

"The claimant has fallen far short of persuading me that the defendant fell below the standard of care to be expected of a reasonably careful competent and prudent driver. He was in my judgment clearly the author of his own misfortune in engaging in dangerous horseplay when drunk."

It was held that there was no negligence on the part of the defendant and the matter was dismissed in full.

This was a tragic accident in which, as the judge acknowledged, the claimant "suffered serious injuries the consequences of which will be with him for the remainder of his life". The judge was also sympathetic to the motivation behind the claim for compensation to assist with his neurological rehabilitation. However, as the judge explained, "in order to do that he needed to establish liability on the part of the defendant driver which he has failed to do."

There is limited authority for cases involving similar accident circumstances and whilst the determination of liability in motor cases is often fact specific, this decision provides helpful guidance on the extent of the driver's duty in such a situation.

A motorist cannot be expected to have to pay due care and attention to the road and also observe and react to a situation where a passenger is putting himself in danger. It is clearly an indication of the court's view that even in cases with such tragic and serious consequences as this one, a claimant will have to take responsibility, either wholly or in part, for their own actions.

For further information, please contact Catherine Kober, Director on 07725 289485 or at catherine.Kober@dwf.law or Katie Lacey, Chartered Legal Executive on 020 7645 9590 or at katie.Lacey@dwf.law 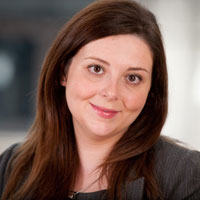