The claim arose out of an RTA on 26 June 2012. The claimant notified the defendant's insurer of a claim in accordance with the RTA Protocol but the claim subsequently exited the Protocol because the defendant denied liability.

Part 7 Proceedings were eventually issued and the claim was allocated to the fast track. The claimant subsequently applied for re-allocation of the claim to the multi-track on the basis that the value of the claim had increased. Before the application was due to be heard, the defendant's solicitors sent the claimant an offer that was accepted prior to the hearing.

The defendant's offer was a Part 36 offer that provided for the following on costs:

"If the offer is accepted within 21 days, our client will pay your client's legal costs in accordance with Part 36 Rule 13 of the Civil Procedure Rules such costs to be subject to detailed assessment if not agreed."

The court required a consent order to vacate the application hearing and a Tomlin order was agreed and filed containing a provision for the defendant to pay "the reasonable costs of the claimant on the standard basis to be the subject of detailed assessment if not agreed".

The hearing in the Court of Appeal centred on two issues:

Interpretation of the offer letter

The Court of Appeal found that the defendant's offer was not one that contracted out of fixed costs and any reference to CPR r.36.13 did not matter as CPR r.36.13 directed to CPR r.36.20, which makes provision for the costs consequences of accepting a Part 36 offer in certain personal injury claims where the claim no longer proceeds under one of the various protocols. Further the reference to 'detailed assessment' made no difference.

A perhaps obvious, but strong point nonetheless made by Newey LJ, was that the claimant as "a reasonable recipient" of the offer letter, should have appreciated that it was "inherently improbable" that the claimant intended to offer to pay conventional rather than fixed costs, and potentially up to £27,500 more.

The parties did not, therefore, contract out of the fixed costs regime and the claimant had no contractual entitlement to standard basis costs.

Retrospective reallocation of the claim

As the first argument did not succeed the court considered the claimant's argument that the matter should be reallocated to the multi-track, so that fixed costs would automatically be disapplied. The Court of Appeal agreed with the Circuit Judge with his finding that:

"….it appears to me that the claimant is impermissibly trying to piggy back the provisions of CPR 36.14(5)(b) with an application to reallocate the claim to the multi-track."

What this means for insurers

This judgment does not change the costs landscape but cements Qader v Esure (2016) (see DWF update) in that the only automatic way out of fixed costs in ex-portal claims is via allocation to multi-track (note CPR r.45.29J allows a claimant to seek a greater amount and a claimant beating their own valid Part 36 offer at trial will allow an escape).

When making offers insurers need to be clear and remove any ambiguity, adhering to the Court of Appeal guidance that:

"For the future, a defendant wishing to make a Part 36 offer on the basis that the fixed costs regime will apply would, of course, be well-advised to refer in the offer to CPR 36.20, and not CPR 36.13, and to omit any reference to the costs being "assessed"."

Further an offer to pay costs on a basis that departs from CPR r. 45 will be incompatible with Part 36 and cannot be an offer under Part 36. This clearly could affect any later costs protection the offer was designed to provide. Offers made on ex-portal claims should be clear on the basis of costs will be paid.

This is another example of an attempt to circumvent the fixed costs regime, despite authority from the Court of Appeal in 2011 addressing the issue (Solomon v Cromwell Group plc), and the clear wording of CPR r.36.20 that meant there was not a conflict between CPR r.45 and CPR r.36.

DWF have had success in limiting, and even disallowing claimants' costs, on the basis that the fixed costs regime is designed to provide certainty from start to finish.

It is noteworthy that the claimant's standard basis costs were at least 162% greater than the fixed costs that would have been awarded, emphasising, as highlighted by Coulson LJ in Hislop v Perde (2018), the importance of the fixed costs regime in ensuring that "in low value claims, the costs which are incurred are proportionate." 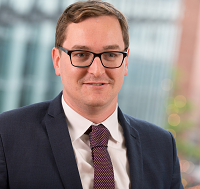