Last month we reported on the Court of Appeal decision in Williams v The Secretary of State for Business, Energy & Industrial Strategy (2018) which gave costs guidance where a claimant failed to use the MoJ portal. Before that decision was handed down, DWF had successfully limited a claimant to portal fixed costs where the claimant had unreasonably valued his employers' liability claim in excess of £25,000. Sukhjit Dhadwal and William MacKenzie explain the findings of Master Leonard of the SCCO in Waldock v London Borough of Greenwich (2018).

The claimant tree surgeon was involved in an accident at work in March 2014 when a falling tree struck his head. He was briefly knocked unconscious and suffered injuries to his head, shoulders and thoracic spine. A CT scan of his head revealed an occipital condyle fracture on the left side but there was no brain injury. The treating neurosurgeon did not consider the fracture to be unstable and recommended the use of a collar and a further CT scan. A week later the claimant was discharged, and a follow up CT scan in early May showed no signs of bony injury.

In the meantime, the claimant had instructed solicitors who sent a letter of claim to the defendant in mid-May 2014 indicating that the claim was worth more than £25,000. The defendant immediately raised an issue with the claimant's failure to comply with the Pre-Action Protocol for Low Value Personal Injury (Employers’ Liability and Public Liability) Claims ("the Protocol") and start the claim in the MoJ Portal ("the Portal"): they argued there was "no evidence to suggest that your client's claim will exceed £25,000". The defendant confirmed they would only pay fixed Portal costs.

Upon receipt of the claimant's medical evidence, it was clear that the case would fall well within the monetary scope of the Protocol. In February 2015 the defendant made a Part 36 offer of £12,500, and the claimant's own counter offer was £15,600. Damages were eventually agreed at £14,000.

The claimant served an informal bill of costs at over £21,000. On our advice, the defendant argued that the applicable costs were the fixed costs in relation to the EL/PL Protocol as set out in Table 6A of CPR r.45.18. However for the purpose of negotiation, we recommended making a higher offer based on Table 6C of CPR r.45.29E, for claims no longer proceeding under the Protocol. The claimant rejected the offer and issued Part 8 proceedings. The court then listed the matter for a hearing to determine the question of whether the claimant should be limited to fixed costs.

Master Leonard of the Senior Courts Costs Office agreed with the defendant and awarded the claimant the equivalent of Portal fixed costs only. He also offered useful guidance on how the courts will deal with this issue.

It is worth noting at this point that the provisions of CPR r.45.24 did not apply in this case. This rule sets out the costs consequences of failing to comply or electing not to continue with the relevant Protocol. It lists the circumstances following which the court may order the defendant to pay no more than fixed costs. Those circumstances include where a claimant has acted unreasonably by valuing the claim in excess of £25,000 in an attempt to circumvent the Protocol. However this rule only applies where proceedings have been commenced under Part 7 of the CPR and in this case there were no Part 7 proceedings.

Accordingly, the issue fell to be determined as part of the court's general discretion as to costs under CPR r.44.2. Under this provision the court has regard to all the circumstances of the case, including the conduct of the parties. There is specific reference to pre-action conduct and the extent to which the parties have complied with any pre-action protocols (CPR r.44.2(5)(a)).

The claimant argued that costs should only be reduced to the equivalent of Portal fixed costs in cases where it is abundantly clear that the claim has no prospect of ever exceeding the monetary scope of the Protocol.

Master Leonard disagreed, stating that the appropriate test was reasonableness: if the claimant had acted unreasonably in not starting his claim in the Portal, then costs should be reduced to fixed costs.

The claimant contended that when he initially saw his solicitor in March 2014, he was concerned about his future as a tree surgeon and the long term impact of the accident on his employment. However, given that the CT scan on 1 May had shown a significant recovery, the assumption made by the claimant's solicitor was outdated. There should have been a follow up meeting once the CT scan was obtained and/or when the letter of claim was prepared. There was no evidence of brain injury and the claimant had been permanently discharged from the outpatient clinic to local physiotherapy.

It was also relevant that the claimant was receiving his wages in full, so that his claim for loss of earnings was minimal. On the facts, there was no reasonable prospect of the claimant's damages ever exceeding £25,000 and Master Leonard concluded that it was unreasonable for the claimant to have elected to proceed outside the Portal. He therefore limited the claimant's recoverable costs to fixed EL/PL Protocol costs as contended for by the defendant (Table 6A), and because those costs were less than the defendant's offer, he awarded the defendant their costs of the Part 8 proceedings and the hearing.

This is another example of the courts limiting a claimant to the equivalent of portal fixed costs following a failure to use the MoJ portal. In Williams last month, the claimant had avoided the portal by claiming against more than one defendant at the outset when realistically the other defendant was never in the frame. Waldock concerns the overvaluation of a claim to try to avoid the use of the Portal.

Issues of conduct and reasonableness under CPR r.44.2 were at the heart of both decisions. In Waldock the court looked specifically at the reasonableness of the claimant's conduct at the point when the claim was intimated.

Master Leonard correctly stated that hindsight could not be applied when making a determination on this issue. In similar situations in future, it will therefore be necessary to consider the evidence available to the claimant's solicitor at the time the letter of claim is sent and whether the information obtained has been properly acted upon. Each case will be fact specific but clearly a case that settles well within the £25,000 limit will require strong evidence from the claimant as to why the claim did not commence in the Portal.

In the vast majority of cases, the likely value of the claim will be clear to defendants from the outset at least by the time the letter of claim is received so that where it seems that a case should have been commenced in the Portal but has not been, the defendants can outline the position to the claimant that if the claim succeeds then only fixed costs will be payable. Where there is doubt however, defendants should also ensure that the claimant is put on notice that costs consequences will be sought if it becomes apparent that the claimant's conduct has been unreasonable.

Similar issues will arise where claimants exit the portal on receipt of their medical evidence resulting in an alleged valuation in excess of £25,000 and DWF has had success in negotiating fixed portal costs in this scenario. Again, hindsight cannot be applied. It will be for the claimant to provide evidence that at that time of exit they reasonably valued the claim in such a way.

As we await the Government's plans for taking forward Lord Justice Jackson's recommendations to extend fixed costs in claims worth up to £100,000, we expect disputes of this nature will continue to arise; but decisions such as this one and the Court of Appeal guidance in Williams will help defendants in the meantime. LJ Jackson's recommendations include the proposal to set four bands for the intermediate track, so it would also seem inevitable that this type of dispute will continue to arise in the future as parties argue over the appropriate value band for claims and indeed whether fixed costs apply at all. 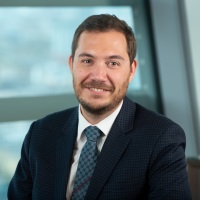