Lizzi Sieck, scientific officer at the German Environment Agency believes Munich is a great example of local government in Germany being proactive on climate change. Munich had committed to the same target as the federal government – reducing carbon emissions by 95% by 2050 – but recently went even further: the goal for climate neutrality is now 2035. Although Lizzi works for a national body she strongly argues that, for action on climate change to be truly successful, all levels of government will need to play a role.

Munich’s city’s government approach to climate protection is that it is everyones responsibility. It is an effort to ensure the entire local government is focused on the climate emergency. But the action of Germany’s second largest city is to some extent voluntary. While at the national level there are clear emission reduction targets, there is no nationally-mandated legal responsibility for governments in the country’s 16 federal states, or indeed its 12,000 municipalities, to combat climate change.

“What the municipalities usually start with is the development of climate protection concepts or programmes. They take account of the emission sources within the municipality and what players are important to work with in order to achieve reduction targets. Then they work out a list of specific measures that can be taken towards achieving the targets. But the funding also has the ability to fund a climate protection manager for a local administration.”
Lizzi Sieck, scientific officer at the German Environment Agency
On the legal consequences of not meeting climate change targets - Irene Schmid, Partner, DWF

However, most local authorities are committed to the goal of the Intergovernmental Panel on Climate Change of capping climate change at 1.5 degrees Celsius, and stipulate that urban measures are to be assessed for their impact on the climate. 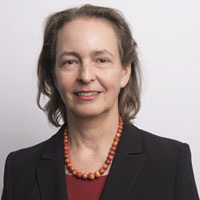