Working with Covid: When can an employee refuse to attend the workplace?

With the lifting of Covid restrictions, comes the increased likelihood of employees attending their place of work whilst being contagious, either whilst being symptomatic, having tested positive, or potentially neither. Read our guidance for employers.

With the full scale lockdowns of the early pandemic hopefully behind us, the various governments of the United Kingdom are well into the process of 'unlocking' our working lives. When can an employee refuse to attend the workplace?

Can other employees who are not carrying Covid, refuse to attend their place of work because of that risk?

The Employment Rights Act 1996 provides employees with protection against suffering a detriment or being dismissed, because of their refusal to attend their place of work under specific circumstances. Those are:

1. They genuinely believe there are circumstances of serious and imminent danger;

2. That belief is reasonably held;

3. The danger is such that they cannot be reasonably expected to avoid it; and

4. Accordingly, they refuse to attend their workplace (or a part of it).

The two cases of Rodgers v Leeds Laser Cutting Limited and Quelch v Courtiers support Services Limited help to illustrate how, going forward, the Employment Tribunals may interpret these rights as they apply to a situation of Covid in the workplace.

Mr Rodgers was a laser operator, and was not able to do his work from home. At the start of the national lockdown in March 2020 Mr Rodgers' employer wrote to its employees confirming the measures it was putting in place and its expectations with respect to individuals, such as Mr Rodgers, who could not work from home. In response Mr Rodgers texted his line manager and confirmed he was not going to come back to work "until the lockdown has eased". He continued to refuse to come back to work and was dismissed about a month later.

The Employment Tribunal found that Mr Rodgers was fairly dismissed. In coming to that decision it focused on a number of factors. It found that the employer had taken sufficient steps to mitigate Covid risks, including the provision of hand sanitisation facilities, and avoiding the sharing of equipment. Crucially, Mr Rodgers worked in a large warehouse setting (almost the size of a football pitch) where only 5 people worked. Further, the Tribunal found that the Claimant's behaviour outside of work did not square with someone with the required belief of serious and imminent danger, notwithstanding that he had two vulnerable children at home. In particular, he was found to have given a lift to a friend at a time when he had been told to self-isolate, and he had worked for a period in a pub.

The Tribunal found that he was easily able to socially distance in the workplace, and that with the other measures in place the seriousness and imminence of the danger he faced was not high enough. Those measures also meant that he could be reasonably expected to avoid the danger he faced. His dismissal was accordingly fair.

In contrast to Mr Rodgers' case, Mr Quelch successfully established that he had met the above requirements of the Employment Rights Act 1996 following his refusal to attend the workplace. Mr Welch worked in an office based role for a financial services company. At the start of lockdown, he initially worked from home, but his employer instructed that employees were required to return to the office from early July 2020. Government guidance at the time required that employers should make reasonable effort to facilitate homeworking as a "first option", and Mr Quelch was eager to remain at home so as to not put his vulnerable girlfriend, with whom he lived, at risk. His request was refused, he was placed on unpaid leave and his IT systems access was revoked. He was eventually dismissed after a disciplinary procedure when he continued to refuse to work in the office.

At Tribunal, Mr Quelch established that there were no concerns about his interactions with colleagues or general performance whilst he worked from home. The concerns which he raised with his employer at the time were specific, and related to the effectiveness of Covid measures in place, the inability to properly socially distance, and that the established bubble arrangements were not being observed in practice. The Tribunal found these concerns to be well placed, and that the Employer had failed to follow the government guidance and the advice at the time regarding homeworking.

It is clear that despite being brought into force long before the coronavirus pandemic, the health and safety provisions of the Employment Rights Act 1996 still apply to a Covid situation. It remains to be seen if the increased vaccination rates since these claims were brought would have changed the outcome, but the risk may well remain high enough for individuals with particular vulnerability (or that of their families). It is important that employers look to adequately reduce the risks of Covid-19 in the workplace as much as they reasonably can, as the general restrictions on workplaces are lifted.  Thorough risk assessments will be key in this respect.

In doing so, employers should seek to follow available government guidance as closely as possible. Well-established protocols, such as hand sanitisation, social distancing and (where appropriate) mask wearing may mitigate some level of risk where, for example, testing may become less prevalent in a workplace.

Also key, is taking on board the valid concerns of employees regarding Covid in the workplace, particularly where they are clear and specific to an identified issue. Home working, where possible, is a highly effective way to reduce specific risk in the workplace for individuals who are suspected of having Covid, especially when self-isolation is no longer legally required. 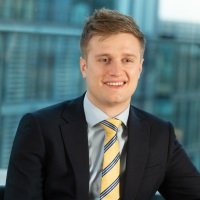