As part of the Winter 2022 edition of our On Point Scottish Professional Indemnity newsletter, Emma Boffey, of Axiom Advocates and Lindsay Ogunyemi discuss the new group proceedings procedure, now available in Scotland.

Emma Boffey is an advocate at the Scottish Bar and practices with Axiom Advocates. Emma specialises in commercial disputes and has defended professional negligence actions across a range of disciplines, including claims against solicitors, engineers and financial services providers.


What is Group Procedure in Scotland?

In July 2020, Scotland saw a new type of court procedure introduced for civil claims, known as “Group Proceedings” or “Group Procedure”. Group Procedure in Scotland is a formal mechanism under Chapter 26A of the Rules of the Court of Session to deal with claims brought by multiple claimants against the same defender. The claims will involve either the same, or similar, causes of action. Group Procedure might be recognised in other jurisdictions as akin what is sometimes referred to as a “class action”.


Is the procedure opt-in or opt-out?

For now, group proceedings in Scotland are available on an “opt-in” basis only: in other words, the group member must elect to join the group.

Yes, claimants must first obtain the court’s permission to bring group proceedings. This involves an application by a suitable representative party, to represent members of the group, and then a separate application to bring the group proceedings. The court will consider the extent to which the issues raised by the group are the same or sufficiently similar. The court will also wish to consider whether all reasonable efforts have been made to notify potential members of the claimant group about the proceedings. The court will also wish to be satisfied that there is a prima facie case and that it has not been demonstrated that the proposed proceedings are without any real prospects of success.


Can the group change over time?

Yes, the representative party will maintain a “Group Register” throughout the life of the group proceedings. Group members can be added. Members can also leave the Group. There are detailed procedures provided by the court for how this is achieved, however these are capable of adjustment where required. Flexibility is seen as key to the efficacy of group proceedings.


What kind of claims can be brought under group proceedings?

There are no restrictions in the rules on what kind of claims can be brought. So far, Scotland has seen claims as varied as vehicle emissions, personal injury, and insurance policy claims all brought under Group Procedure. We might also see it used for technology claims, consumer claims and data protection claims. It has wide potential and scope, capable of being used across many fields of law.


Do you think we will see more group proceedings in Scotland in the coming years?

Yes, I anticipate the use of Group Procedure will grow in Scotland over the coming years. The cost of litigation in Scotland can be prohibitive for individuals with limited means, but who do not qualify for legal aid.  Group proceedings will be particularly useful in cases where lower value claims are considered too costly for individuals to raise separately. Litigants now have the option to group together, in a cost-effective way. Third party funders are also likely to see group proceedings as more attractive as a funding opportunity, compared to myriad individual claims. The rules have been designed to be flexible, with the Scottish courts wishing to ensure that as many claimants as possible can participate, where they have claims. In short, the trajectory suggests that group proceedings are here to stay and will become an established feature of the civil litigation landscape in Scotland.


Are there any steps you would recommend taking for clients facing potential group proceedings in Scotland?

Scotland uniquely offers an "early warning system", known as caveats. When a caveat is lodged on behalf of a party, the court will provide their solicitor with advance notice (typically 24 hours) of any application made for interim orders against it. Such interim orders can include interdict (Scottish equivalent of an injunction), which can be granted without notice. Caveats therefore offer useful protection against without notice applications and are a powerful tool for defenders. Caveats can now also provide advance notice of any application made to bring group proceedings. For all of these reasons, caveats are a powerful, and cost effective, step which offer additional protection for clients who might face group proceedings in Scotland. Having seen first hand how surprised clients can be when served with an interim order they didn’t know anything about, I’d suggest few ever regret putting caveats in place, but many often regret not taking that step in the first place. Putting in place caveats is an important, and prudent, step which can be taken now. 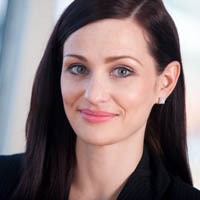