Our health, risk and safety experts in Australia round up the latest news.  Sign up to receive this update direct to your inbox.

A sobering reflection:  the latest data from Safe Work Australia in its Key Work Health and Safety Statistics, Australia 2022 report shows that tragically, 169 people were fatally injured at work in 2021. The data shows the same industries are consistently causing the highest rates of work-related fatalities: transport, postal and warehousing (52 fatalities), agriculture, forestry and fishing (33 fatalities) and construction (24 fatalities).

The Respect@Work Portal was launched by the Respect@Work Council and has been described as a 'one-stop-shop' to assist employers in preventing, addressing and responding to workplace sexual harassment.

The online platform will provide a comprehensive set of resources for employers and workers. It includes best-practice guides, training programs, workplace-assessment tools, information, videos and advice. It is the first time all this information has been presented in a single place in Australia.

The 'Managing the risk of psychosocial hazards at work - Code of Practice 2022' is scheduled to take effect from 1 April 2023, which is the same date that new laws (detailed above) will come into force imposing responsibilities on employers to manage psychosocial risks.

"The legally enforceable psychosocial Code of Practice and regulations will directly address psychological health risks at work, which can be anything from exposure to traumatic events to remote or isolated working," Queensland Industrial Relations Minister Grace said.

In September 2022, the Anti-Discrimination and Human Rights Legislation Amendment Bill 2022 was introduced and proposed to implement 7 of the 55 recommendations from Federal Sex Discrimination Commissioner Kate Jenkins' 2020 Respect@Work report on workplace sexual harassment.

The Amendment prohibits conduct creating 'hostile' workplace environments, and places a positive duty on employers to prevent sexual harassment. The Amendment also imposes a duty on employers to prevent harassment by third parties such as customers or clients, which is significant for many workers in the retail and hospitality industries where customers are often the main source of harassment.

Australia’s first silica dust code of practice for the construction industry will commence in Queensland on 1 May 2023. It applies to all construction work as well as the manufacturing of materials such as bricks, blocks, tiles, mortar and concrete. The code outlines how duty holders can meet the requirements of Queensland’s work health and safety legislation, including eliminating or minimising exposure to respirable crystalline silica (RCS) at work.

Urban Field Group Pty Ltd has been fined $400,000 after a worker sustained fatal injuries falling from an unsuitable ladder. The Court held that steps that could have been taken to prevent the fall included enforcing the offender’s own SWMS through adequate training and supervision, ensuring that the contractor had an appropriate SWMS.

The induction conducted by the offender was so inadequate that it failed to detect that the worker did not have a White Card. The steps that could have been taken were simple, inexpensive, well known in the industry, referred to in the offender’s SWMS and required by the Work Health and Safety Regulations 2017.

Teys Australia Beenleigh Pty Ltd has been fined $30,000 to a union for unlawfully hindering an official by telling him he was required to surrender his mobile phone, purportedly for health and safety reasons, before entering its site. In September 2022, Federal Circuit and Family Court Judge Amanda Tonkin found that Teys Australia contravened section 501 of the Fair Work Act 2009.

The CMFEU has recently announced that if the federal government did not ban the importation and use of Engineered Stone by July 2024, it would ban its members from handling it. Incoming CFMEU national secretary Zach Smith said the severity of the action the union was willing to take reflected the severity of the risk to its members.

If you would like to receive this quarterly update directly via e-mail please subscribe to our mailing list.  Select the Regulatory, Compliance & Investigations option under the Legal Advisory section and choose Australia as your jurisdiction.

You will receive the e-mail: The DWF Download full of health and safety updates. 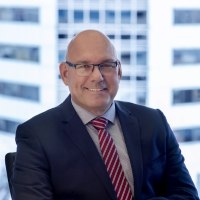