Following our previous contributions #1 - #3, we also present the regulations in case of errors in the preparation and conduct of this year's works council election:

1. Errors in the preparation and conduct of the election: void, voidable or inconsiderable?

Invalidity of an election is rare, but it has considerable legal consequences: if there are such gross errors and deficiencies in the works council election that there can be no question of a proper election, the election is considered legally non-existent and the works council no longer exists. The same applies if the requirements for an election were not met at all. The nullity follows from the election process itself and is not created by the labour court seized, but only recognised and established. Therefore, it is neither bound to time limits nor to a specific form of procedure.

On the other hand, the possibility of contestation, which is given in the case of most errors in the procedure, only grants certain groups the possibility to review the election procedure and, if necessary, also to force a repetition of the election, but without this having an effect on the office of the - possibly also incorrectly elected - works council in the interim period.

However, not every mistake in the election procedure has any consequences: in some cases the law simply accepts inaccuracies and mistakes, especially if there is obviously no effect on the election result. The errors are then irrelevant and the election remains effective without any legal flaws.

2. Correction by the election committee

The election committee, as the body responsible for the election, can correct errors up to the day before voting begins. If errors have been detected, the simplest way to correct them is for the election committee to pass a resolution to that effect. This is particularly possible in the case of errors that can be corrected without further ado, such as correcting arithmetical errors or dates, spelling mistakes or overtaking facts, such as the addition of a person entitled to vote due to the start of employment in the company.

3. Nullity of the election

An election is null and void if it is to be regarded as legally non-existent without the need for a court decision. The court can therefore determine nullity at any time. It only comes into consideration in the case of gross and - cumulatively - obvious violations, one speaks of the "obvious stamp of nullity on the forehead of the election". Otherwise, the legal approach is to ensure protection of confidence in the validity of the election. This is in the common interest of both sides of industry, as they can rely on the elected works council being able to perform its duties effectively and conclude binding works agreements, as well as avoiding a costly new election.

Examples from case law for the invalidity of an election are, for example, that a foreign establishment is not subject to the Works Constitution Act at all, or that an establishment has already ceased to exist due to integration into another one. An election for a company in which a works council has already been elected is also void.

In view of the possible peculiarities of the election due to the ongoing Corona pandemic (issues of postal voting and election meetings, etc.), nullity should not be assumed even in the case of multiple violations: Violations of the election procedure only lead to nullity if principles have been violated so blatantly that the appearance of a lawful election is extinguished.

However, if in exceptional cases an election is to be conducted in such a way that it is likely to be null and void, the employer can enforce at the labour court, if necessary even by way of an interim injunction, that the election is to be cancelled. However, this does not apply in the case of mere contestability.

A violation of essential provisions on the right to vote, eligibility or the election procedure renders the election voidable if there is a possibility of the election result being influenced by this violation.

The provisions on the right to vote are those that relate to the eligibility to vote, such as the admission of persons who are not eligible to vote.

Eligibility is not observed if someone is elected who is not eligible, i.e. who is either not yet eligible to vote at all or has not yet belonged to the enterprise or company for six months.

Both the right to vote and the eligibility for election are affected if the number of members and composition of the works council are determined incorrectly.

Finally, as far as the grounds for contesting a violation of the electoral procedure are concerned, the case law is extensive; only a few groups of cases can be mentioned here:

5. Electoral contestation requires that the violation has effects on the election results

Despite the violation of an essential election rule, the election is not contestable if, hypothetically speaking, the same result would have been chosen without the violation. The procedurally flawed election need not be repeated only if no other election result would have been obtained. Whether the interference was intentional or accidental, however, is irrelevant; if there is a possibly changed election result due to the error, the election must be repeated.

The works council election is contested at the labour court in a special resolution procedure, for which a preclusion period of two weeks from the day of the announcement of the election result applies. It is not necessary to inform the works council or election committee in advance.

6. Legal effect and procedure of the electoral contestation

The effect of the challenge is limited if the defect relates only to the election of one works council member: Only the election of this one member is declared invalid, the rest of the works council remains in office. In the case of proportional representation, the next candidate on the list of candidates moves up, in the case of a majority vote, the candidate with the next highest number of votes moves up.

If the election as a whole is contested, the defectively elected works council is not retroactively annulled by the contestation, but it loses office for the future from the time the decision becomes final. The company is without a works council. Duties and powers cease and do not continue until a new election is held. Nothing changes for the works council members for the past; above all, the special protection against dismissal remains in force for them during this period.

What are the next steps after a successful election? How should the employer and the works council organise their future cooperation in a meaningful and mutually beneficial way? We explain this in the fifth part of our series.

If you have any questions about the works council election, our colleagues in our offices in Berlin, Düsseldorf, Cologne and Munich will be happy to help you at any time by phone or e-mail. 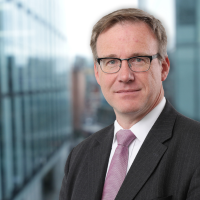