The Highway Code is set to be revamped in 2022, including the introduction of a hierarchy for road users, with Heavy Goods Vehicles ("HGVs") set to be at the bottom of this hierarchy, which could impose a greater level of responsibility and liability for lorry fleet operators.

The Government has announced proposals to implement a major update to the Highway Code from next year (2022), with 33 rules set to be updated and two new rules to be introduced, including the proposed hierarchy of road users. It is understood the hierarchy will be as follows:

The principle behind this hierarchy is to impose a greater level of responsibility upon road users whom are capable of posing the greatest risk of harm to others.

In its present form, the Highway Code does not directly differentiate between, for example, a cyclist and an HGV, and this particular proposal is seen as an attempt to redress the balance.

In effect, this will mean, for example, that an HGV, approaching a roundabout, in a lane next to a car, will need to give priority, and more time and space, to that car, when entering and manoeuvring around the roundabout.

The Courts have long applied a similar form of differentiation of responsibility upon different road users, under the common law; however, it is felt that this amendment to the Highway Code represents a clear statement from the Government that such hierarchy is to be implemented across the board in all cases. This could well present a risk to fleet and logistic operators of imposing an almost strict liability upon their HGV drivers, involved in road traffic accidents, where liability could potentially rest with the lorry driver.

This could therefore lead to a rise in claim pay outs and increase in insurance premiums, so the potential implications of this amendment to the Highway Code, are not to be underestimated.

This is not the case, but, if this does occur, it is easy to see how more accidents could generally arise, resulting in potentially more claims, and general confusion for road users, and those in the insurance claims industry.

It is, however, worth remembering that the Highway Code acts as guidance for road users, rather than law, and the Courts are under no obligation to apply any measures within the Code. It may well therefore take a number of months, or even years, before the true impact of this amendment becomes clear. There will likely need to be various test cases taken before the Court, to see how this new rule is applied.

The proposed amendments are due to receive Parliamentary approval in the Autumn of 2021, and will likely be introduced into the Highway Code in early 2022. 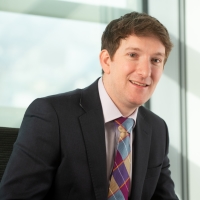