Recent Case Law – Insurance: When interest is of interest

In this article, Sara-Jane Eaton discusses the effect of Scales v MIB [2020] EWHC 1747 (QB) in cases where Spanish law applies to the question  of interest.

Under the Package Travel and Linked Travel Arrangements Regulations 2018, the law of England and Wales will be the focus of claims brought under these regulations even after the Brexit transition. The foray into foreign law in such cases only tends to arise when looking at the local foreign standards.

However, on some occasions, a party may find themselves facing a foreign applicable law in the courts of England and Wales. Those in the travel industry, especially hotels operating abroad but with head offices in the UK and their insurers, will no doubt be aware of the potential impact of the case of Scales v MIB where Spanish law was deemed to apply via the Motor Vehicles Compulsory Insurance Information Centre and Compensation Regulations 2003 the effect of which is akin to the Rome II Regulation 864/2007 (which continues to apply post-Brexit transition, albeit that the UK will not be bound by any decisions made by the European Court of Justice as to its interpretation from 2021 onwards).

Mr Scales had been on a cycling holiday in Spain when he sustained significant injuries in a road traffic accident in 2015. The Motor Insurers’ Bureau in the UK was cited as the defendant as they had stepped into the shoes of the Spanish Guarantee Fund. Following the Supreme Court decision of Moreno v MIB in 2016, Spanish law applied to Mr Scales’ case, which meant that the UK court was required to assess not only liability but also the assessment of damages in the same manner as a court in Spain. Under Spanish law, it was necessary for the UK court to apply a tariff to the calculation of damages known as a Baremo. The Spanish Baremo underwent revision in 2016, with the effect that claims brought post-2016 resulted in award of damages that were far more generous. However, the previous, much less generous, Baremo applied to this case.

Three key issues were considered by the court. First, the judge decided that there was no flexibility in relation to damages that could be awarded in this particular case, resulting in a significant part of the claimant’s past and future financial losses being deemed irrecoverable as the older Baremo applied.

The second issue was the consolidation date, namely the date on which the claimant’s injuries stabilised – important in ascertaining which parts of Spanish law would be applicable and ultimately how much by way of damages the claimant would receive. At this point, it became apparent that the evidence obtained by parties in a UK court somehow fell short of that required under Spanish law, where a Spanish general expert would be appointed to assist the court in establishing the consolidation date.

The third and most significant issue in the case of Scales was whether an award of penalty interest should be made. Whilst there were limits as to what could be claimed under the Baremo, the judge decided to use his discretion to award interest in line with Spanish legal principles: the MIB was ordered to pay a penalty rate of 150% of the current Spanish legal interest rate on the full amount of damages for the first two years, and 20% thereafter, on the basis that they had failed to pay the victim promptly upon presentation of his claim. The fact that the MIB would not be aware of this particular issue in Spain was irrelevant. To put this in context, interest on damages under the laws of England and Wales are 2% on general damages and 0.1% on special damages, respectively.

A further twist in the tale occurred when dealing with the issue of costs. The judge decided that the claimant should indeed benefit from his own timely (Part 36) offer despite the fact that it was Spanish law that was applicable in the case, such that he was allowed to secure the additional benefits of making a Part 36 offer after securing higher damages than his own offer at trial. Such benefits comprising interest on damages and indemnity costs were therefore also awarded to the claimant’s solicitors. A rather more expensive case than possibly anticipated.

Whilst it might be said that fewer cases where a foreign law applies will be heard by the UK courts post-Brexit, it seems widely accepted by most cross-border litigators that the UK and the EU may well eventually handle such claims by means of the Lugano Convention, affording much the same reciprocity as the Brussels regime did up to 31 December 2020; the potential impact of the decision in Scales cannot be denied. Over the last 20 years or so, the manner in which the question of interest has been handled by the UK courts has evolved considerably. In the case of Harding v Wealands [2006], it was decided by the then House of Lords that the quantification of damages was a question of procedure whilst the relevant heads of loss would be established by reference to the substantive law. In cases to follow, therefore, interest was a question for the law of the forum.

In Maher v Groupama [2009], the UK court indicated that UK interest would be available, although discretion would be used in considering the applicable relevant provisions of the foreign law with regard to the recovery of interest. The advent of Rome II and the right to sue in one’s home courts under the Odenbreit principle did not offer much clarity even though the foreign law would be decided by the UK courts. Was interest a question of substantive law, or was it still governed by procedure, namely the court where the claim was brought? The latter seemed to be favoured.

The case of XP v Compensa [2016] turned the position on its head when the court decided to award interest in accordance with the law where the accident occurred. In this particular case, Polish law applied. Therefore, the case of Scales continues to support the tendency of the UK courts to apply foreign law interest on the assessment of damages as opposed to the very low rates suggested by the courts of England and Wales. What is certain is that, for as long as a foreign law may apply in the assessment of damages in the UK courts, parties (and their insurers) should be very careful to ensure that they are aware of the rules applicable to interest under the foreign law, and remember to include adequate provision for interest, especially when it is potentially of a substantial nature, as under Spanish law, in calculating offers and reserves.

This Article was written by Sara-Jane Eaton for ABTA’s Travel Law Today (Issue Number 11 | Spring 2021) and is reproduced by agreement with ABTA. Visit abta.com/travellawtoday to download the magazine. 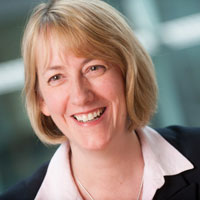