This article (which is part of a series on delay in the Irish Courts) looks at a recent Court of Appeal judgment striking out a multi-million euro claim for delay and what defendants (and their insurers) can learn from it.

Last year, DWF succeeded in having a solicitors' professional negligence claim struck out for delay in the High Court action of McGuinness v Wilkie and Flanagan Solicitors.  That Order was appealed and in January 2020 the Court of Appeal agreed with the High Court's decision and upheld the Order (though ironically that Order was only perfected on 22 July 2020).

This case is one of a recent line of decisions which shows that the Irish Courts are becoming less tolerant of delays in litigation and dilatory claimants.  It is a welcome precedent for Insurers here and in the UK.

WAS THE DELAY 'INORDINATE & INEXCUSABLE'?

This case related to a multi-million euro claim of professional negligence by the Claimant against the Defendant (a firm of solicitors) arising from advice given in 2005/2006.

The Court of Appeal noted that the only voluntary step taken by the Claimant in the case was the issuance of the Plenary Summons.  The Court of Appeal agreed with the High Court that there was pre-commencement delay of 5-6 years and there were four distinct periods of post-commencement delay: (1) delay in service of the summons (2) delay in exchange of the pleadings (3) delay in the discovery process and (4) delays since February 2016 with no steps whatsoever being taken.  Indeed the Court of Appeal went so far as to say that this case could fall within the parameters of O’Domhnail v Merrick [1984]  IR 151, where the passage of time has resulted in a real risk of an unfair trial or unjust result.

As in the High Court, the Court of Appeal considered the evidence of prejudice put forward and concluded that it was uncontroversial to say that the Defendants had suffered prejudice as a result of the delay.   In particular the Court pointed to the following:

For these reasons the Court of Appeal found that the balance of justice favoured upholding the Order of the High Court striking our the proceedings.

In order to successfully bring strike out applications, defendants (and/or their insurers) should take the following steps, particularly in the context of unmeritorious claims:

1. Do not allow claimants to delay in progressing their proceedings unless there is a good reason to do so – for example, it is worth motioning defaulting claimants for replies to particulars and discovery.
2. Monitor potential aspects of prejudice such as the impact the claim on professional indemnity insurance and the availability of potential witnesses.
3. When sufficient delay has accrued on the claimant's side, bring a strike out application quickly so that the defendant cannot be criticised for delay.

[DWF acted for the Defendant] 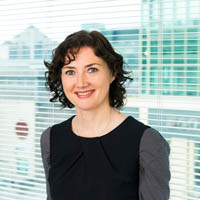