By order no 4202 of February 19, 2020, the Italian Supreme Court confirmed that liability insurers may lawfully refuse to cover the defense costs incurred by an insured for challenging a third-party claim, when such insured decided to appoint a counsel of its own choice rather than the one made available by the insurance company under an "insurer's duty/right to defend" policy provision.

In February 2020 the Italian Supreme Court has once again taken position on certain implications of the so-called "defense clauses", which are commonly found in liability insurance policies: i.e. those provisions wherein the insurance company agrees to defend, with respect to insurance afforded by the policy, all claims made against the insured.

According to recent case law, defense clauses are uncontroversial under the Italian legal framework. At the same time, what appears to be much more debated is the validity of those additional provisions - often included in insurance policies to supplement defense clauses - pursuant to which the insurer is entitled to decline reimbursement of the legal expenses that the insured incurred in defending a third party liability claim, in the event that the latter disregarded the insurer's right to assume control of the defense and opted for appointing its own independent counsel.

Some authors argue that said supplementary provisions are in contrast with the rule set forth by Article 1917, paragraph 3, of the Italian Civil Code, establishing that "the costs incurred by the insured defending a third party liability claim shall be borne by the insurer up to a maximum of one quarter of the insured amount".

This law provision is expressly stated in the following Article 1932 of the Italian Civil Code to be mandatory, with the consequence that it cannot be derogated "if not more favorably to the insured's interests".

As a consequence, according to the above line of argument, any policy agreement excluding reimbursement of the insured's legal costs (which certainly cannot be regarded as more favourable to the insured's interests) should be considered null and void and it should be replaced ex lege by said law provision.

In its order no 4202/2020 the Supreme Court took a different view and found the above mentioned type of policy clauses to be in line with the provision of Article 1917, paragraph 3, of the Italian Civil Code.

In particular, the Court pointed out that defence clauses, on the one side, and the additional policy provisions excluding reimbursement of defense costs, on the other side, must be interpreted in a coordinated manner. In this perspective, "the provision excluding coverage of legal expenses at certain conditions is not lawful per se, but it should rather be considered acceptable to the extent that it is strictly interconnected with the policy defense clause".

It is important to clarify that the insured's choice to defend the claim by appointing its own independent counsel, notwithstanding the insurer's right under the policy to assume control of the defense, is perfectly acceptable and valid. At the same time, being it in breach of the defense clause, it will translate into the insured losing its right to reimbursement under the policy.
The Supreme Court expressly stressed that, rather than being determined directly by the mere presence of a "duty/right to defend" language in the policy, this consequence should be also inferred from the actual conduct of the two parties to the policy.

At the same time, the Court also clarified that "this issue should be addressd by drawing on the conduct of either of the two contracting parties, and thus the exclusion of defence costs reimbursement may well be inferred from the conduct of the insured only".

In other words, in case the policy contains a defense clause wherein the insurance company agreed to defend the insured against liability claims, the insurer may refuse to reimburse the insured's legal costs when:

- it has expressly offered to defend the claim and the insured did not accept to retain a counsel of the insurer's choice, and
- the insurer has not taken (yet) any specific position on the defense clause, but at the same time the insured has clearly shown that it prefers to appoint its own attorney. 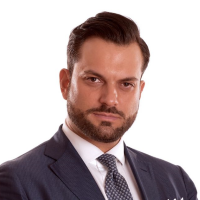