This month the Scottish Government published The Civil Litigation (Expenses and Group Proceedings) (Scotland) Act 2018 (Success Fee Agreements) Regulations 2020, which will see the formal regulation and capping of success fees in Scotland from 27 April 2020. Read about the implications and our assessment of the likely impact  in our latest alert.

As the team continues to grow, we are achieving some great wins for clients.

This month our new Director, Lynne Macfarlane, was instrumental in provoking abandonment of an All Scotland Personal Injury Court action by the pursuer, saving the client over £100,000.

Lynne was instructed by insurance clients to assume conduct only four weeks prior to the hearing, previous solicitors having been instructed directly by the insured. Rather than discharge the hearing at cost to insurers, Lynne quickly reviewed available evidence, met and reassured the insured, instructed Counsel for the hearing and worked hard to achieve a seamless handover of conduct in order to retain the hearing. The case involved a fall from a horse and a full defence was capable of being maintained, but the pursuer  was in receipt of civil legal aid, meaning the case would cost money to win. Objections to the granting of civil legal aid were quickly prepared, emphasising that the case had no reasonable prospect of success, and this message was delivered to the pursuer's solicitors at pre-trial meeting. Two days later the pursuer's  solicitors confirmed that legal aid had been withdrawn and the pursuer was abandoning her action.

In the recent case of Ian Ford -v- The Firm of W & A S Bruce [2020] SCKIR 9, a Sheriff Court provided clarity on the current standing of the law of prescription in Scotland.

In Ford, the court reasoned that the "pursuer suffered loss immediately [when] he conveyed a one-half pro indiviso share of his property to his fiancée".  Most importantly, the court noted that although "it was only upon the death of his wife that [pursuer] became actually aware that he had suffered a detriment by virtue of there being no survivorship destination, his loss as a matter of law occurred in October 2000 when the entitlement was omitted.  It was at that point in time that an actual loss occurred, albeit an uncertain one because it could not have been known that his wife would in fact pre-decease him". [Para 30]

The decision may seem harsh, but it robustly confirms the current position of the law of prescription.  There will be changes coming as to when claims prescribe when the Scottish Government publishes the necessary regulations relating to the Prescription (Scotland) Act 2018.  We will keep you updated, so please watch this space!

For a brief discussion of the Midlothian Council case, please see our earlier update of 03 May 2019 here.

Pre-legislative consultation has now closed, and legislation will be introduced to the Scottish Parliament in spring 2020 with a view to completing Parliamentary consideration of the Bill in early 2021. Financial contributions for redress are being sought from those who bear responsibility for historical abuse.

What does this mean for insurers?

Redress payments to survivors may be dependent on the survivor agreeing not to raise civil action in respect of abuse. That agreement may come in the form of a waiver, and consideration is ongoing about  extending the protection of that waiver to those who make fair and meaningful financial contributions to the redress scheme.

Participation in the scheme may therefore offer an opportunity to crystallise future liability for historical abuse. 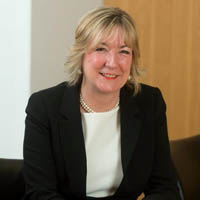