he Court of Appeal allowed a defendant to recover costs on an indemnity basis in circumstances where reasonable claimants should have concluded that their claims were so speculative or weak that they should no longer be pursued and/ or they unreasonably refused to accept a Part 36 offer which was made early in proceedings which they subsequently failed to beat.

In our previous article we reported on this long running and well publicised dispute, which had already been before the Court of Appeal once on the hearing of the substantive preliminary issues.  Mr and Mrs Burgess (the "Claimants") had claimed damages from their neighbour, an architect, Ms Lejonvarn (the "Defendant") for breach of contract and negligence after she had provided her services free of charge in relation to their garden landscaping project. The Defendant had secured a contractor to complete the ground work and it was intended she would later provide detailed design work for a fee. However, the parties fell out over the quality and progress of the work on site, and the budget.

In 2015 the Claimants brought proceedings against the Defendant in contract and tort and following numerous interlocutory hearings, a trip to the Court of Appeal and a subsequent five-day trial, the claim failed in its entirety, with the court finding that whilst the Defendant may have owed a duty of care to the Claimants in tort, it had not been breached.

Shortly after proceedings began, the Defendant had made a Part 36 offer of £25,000, which the Claimants had rejected.

The Defendant argued that her costs should be assessed on an indemnity basis in view of the fact she had beaten her own Part 36 offer, and also given the Claimants' conduct of the litigation. In his costs judgment of 13 December the trial judge had only allowed costs on the standard basis indicating that the Claimants' claim had not been hopeless. The Defendant subsequently appealed.

They considered that there were 3 issues to be determined:

The Court of Appeal judgment is an important one for defendant professionals, which emphasises the importance of making sensible early offers of settlement, in consideration of the merits of the claim.

The judgment highlights the need for parties to continually review the strength of the claim as the litigation develops. The 'critical impact' in this case was the Court of Appeal's decision on the preliminary issues. Following the ruling, the Claimants had amended their claim such that it was 'diametrically opposed' to the claim they had originally brought.  At this point, the claim changed from being an arguable case to a speculative claim, which was one of the factors which entitled the Defendant to indemnity costs based on the Claimants' 'out of the norm' conduct in continuing to pursue the claim.

Unlike a claimant, a defendant has no automatic entitlement to indemnity costs if they beat their own Part 36 offer. However, this case shows that defendants should not be deterred from making such offers to protect their position, in proper consideration of the underlying merits of the claim.

The case provides helpful guidance as to the circumstances where a court will consider awarding indemnity costs to a defendant and that courts should always consider whether a claimant's conduct, by not accepting a Part 36 offer, takes the case 'out of the norm', such that to continue with the claim would justify indemnity costs.

Finally, the case reiterates that an approved budget does not 'safe-guard' an unsuccessful party from greater liability should the court award the successful party's costs to be assessed on the indemnity basis.

However, the court will still consider the reasonableness of costs incurred against the factual matrix of the dispute. An approved costs budget is not necessarily a reliable comparator with the amount of costs actually incurred.

Costs on an indemnity basis are intended to provide near complete compensation for the costs of litigation.  However, they still have to be reasonable.  In this case, the court could not comprehend how the Defendant had incurred such costs in the dispute, given that her original involvement in the project in issue had only lasted a few weeks and she had not charged for the work. 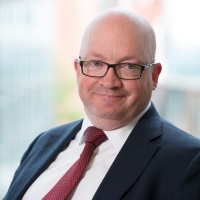