Patrick McBrien of DWF's disease team has succeeded in applying for this occupational deafness claim to be struck out and then more recently in resisting the claimant's appeal against the district judge's strike out order. The judgment is important in demonstrating that claimants can still come unstuck if they fail to properly consider the effect of a former employer becoming dissolved and the…

Background and decision at first instance

The defendant/its insurers applied to strike out a purported claim on the basis that the claimant had not taken the fundamental step of restoring the defendant company to the register before starting the litigation. The application asserted that as a result of this failure the proceedings were a nullity and therefore the court should make a declaration under CPR 11 that it had no jurisdiction to hear the claim, or in the alternative that the court should strike the claim out pursuant to CPR 3.4(2)(c).

The claimant resisted the application and his solicitors served a witness statement relying on the Court of Appeal's judgment in Peaktone Ltd v Joddrell (2012) that proceedings served on a company which had been dissolved were retrospectively validated on the company later being restored to the register. Significantly as things would transpire, the claimant did not explain in the statement what steps had been taken to restore the defendant to the register nor was any evidence given within that witness statement as to the reasons why the defendant had not been restored. The witness statement did not explain either what further period of time the claimant would need to resolve matters.

During the actual hearing of the application before District Judge Etherington the claimant made an application for a stay of proceedings so that the defendant could be restored to the register and relied on the fact that once restored the proceedings would be retrospectively validated (in accordance with Peaktone) and pointed to the prejudice that would be caused to the claimant if his claim was struck out.

However, the judge noted that the claim was low value as it was limited to £5,000; there were three further defendants who would be caused delay by a stay and that there was no evidence before him explaining why LW Carlisle had not been restored previously. Most pertinently, the judge was concerned that despite the application to strike out having been made a period of months prior to the hearing there was still no evidence from the claimant’s solicitors that restoration proceedings had been started. The judge, in robust terms, went onto strike the claim out under CPR 3.4(2)(c). Importantly he did not make a declaration as to whether the court accepted or declined jurisdiction.

The claimant appealed the decision of the District Judge and that appeal was heard by HHJ Rawlings in November 2018. The appeal was dismissed.

HHJ Rawlings said it was clear that DJ Etherington had not struck the claim out on the basis that the court lacked jurisdiction to hear the claim. He held that simply because an application was made in the alternative for the court to decline jurisdiction which had been either explicitly or implicitly rejected by the court, this did not prevent the court from case managing the case under its inherent powers. He noted the broad and largely unfettered discretion afforded to the court under CPR 3.1(2)(m) and in light of this HHJ Rawlings believed that DJ Etherington was not only entitled to consider his powers of case management but indeed obligated to do so pursuant to the overriding objective.

HHJ Rawlings stated that he could see no basis for interfering with the exercise of the court’s discretion below.

The first appeal was therefore dismissed with an order for costs in favour of the defendant.

The claimant appealed to the Court of Appeal. There were various grounds to the appeal but the Court of Appeal effectively narrowed the question before it to the following: 'whether the District Judge was entitled to strike out the claim under CPR 3.4 and was he correct to do so?' (paragraph 32).

In answer to this key question, the Court of Appeal found as follows:

"…the District Judge had this action before him, involving a number of defendants. He was entitled to consider how best to progress it in the exercise of his case management powers. In our judgment, therefore, he was entitled to consider whether the overriding objective was properly served by the continued presence in the action of the name of a non-existent company. He was entitled to consider whether he should exercise the power to strike out the claim purportedly brought against LWC and he did not err in principle in making the strike out order that he did for the short reasons that he gave. The good reasons for making that order were also properly articulated by Judge Rawlings in the passages of his judgment which we have quoted above" (paragraph 33).

Firstly, it is of significance that the Court of Appeal has now affirmed that the court has power in these circumstances to strike out a claim under its general case management powers and independently of jurisdiction arguments.

Whether or not a court uses the above power, is an exercise of its discretion and the Court of Appeal effectively approved the criteria which the judges in the hearings below weighed in the exercise of that discretion. The criteria included matters such as proportionality, the absence of any evidence of an application to restore, delay and the effect a stay would have on the other defendants. Balancing these factors against the potential prejudice caused to the claimant by the loss of his claim, the Court of Appeal found the decision to strike out was a reasonable exercise of the District Judge's discretion in this case.

The Court of Appeal's reasoning here shows that while the decision to grant a stay is discretionary, there is an onus upon claimants when seeking an indulgence of the court to be allowed to delay proceedings to produce good evidence to demonstrate that it is in advancement of the overriding objective to do so and not simply rely on the inherent prejudice of a claimant losing his claim. It may well be that many claimants will find this a difficult hurdle.

While the Court of Appeal's judgment in Peaktone has given claimants the opportunity of putting right certain technical failures around failing to restore dissolved companies before proceedings are started, this case demonstrates that there is a limit to shortcomings that will be tolerated by the courts.

The judgment expressly recognises that insurers and those with a potential financial interest are placed in a difficult position procedurally when claims are brought against former policyholders who are now dissolved. There is some discussion in the judgment as to the correct approach procedurally in those circumstances, in particular whether the purported defendant should file an Acknowledgment of Service and make an Application. The Court of Appeal does not expressly say that this approach is wrong, but does give some alternative guidance at paragraph 36 of the judgment and insurers and their solicitors will want to examine this closely. In any event, the judgment is likely to be welcomed by the market, as discouraging claims against dissolved defendants.

Finally, it is of note that the Court of Appeal said the claimant should not be liable personally for the costs of the main action and two appeals. The court held that those costs "were occasioned essentially by the misguided commencement of proceedings by the solicitors against LWC…"  As such, it was ordered that the costs should be paid by the claimant's solicitors.

For further information please contact Patrick McBrien on 0161 603 5236 or at patrick.mcbrien@dwf.law 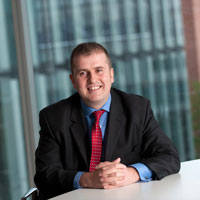